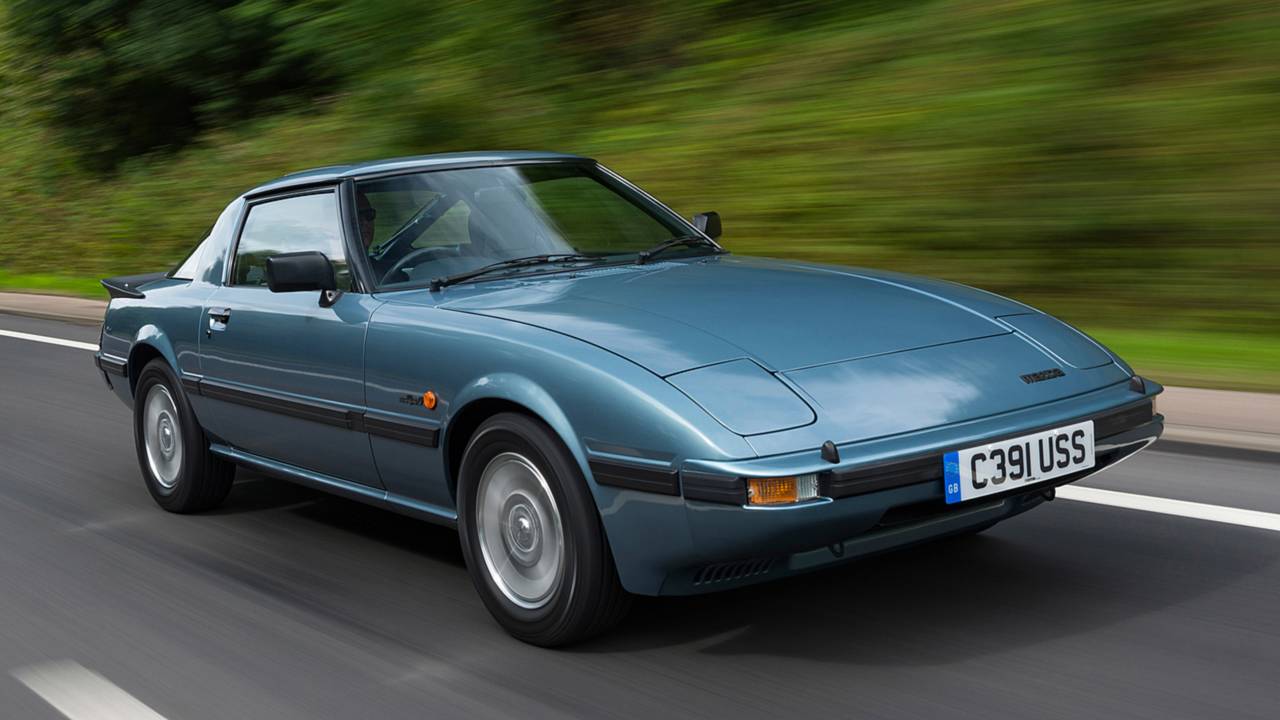 Four decades since the icon arrived. Tempus fugit, and all that...

Mazda is celebrating 40 years since the ground-breaking rotary-engined RX-7 first arrived in the UK in 1978.

More than 800,000 of these sports cars were produced across 24 years and three generations, with all three using the trademark Wankel rotary engine.

Designed to be smaller and lighter than comparable piston engines, the rotary units boasted impressive power outputs despite miniscule official displacements. When it was introduced in 1978, its 1.15-litre engine churned out around 100bhp, but when it finally went out of production in 2002, the RX-7 had a 1.3-litre twin-rotor, twin-turbocharged powerplant that was good for 276bhp. Add that power to a low kerb weight, and Mazda had a winning sports car combination.

And boy, did it win. RX-7s took victory at the 1981 Spa 24-hour race, won the 1980 and 1981 British Touring Car Championships and even raced in the infamous world of Group B rallying.

But the car’s popularity with many fans is really down to the tuners and modification enthusiasts who enshrined it in millennial folklore. Starring roles in the Fast and Furious franchise, as well as in PlayStation classics such as the Gran Turismo series meant a generation of kids grew up wanting an RX-7.

Such was the car’s popularity that when the RX-7 was finally killed off, it was replaced with the RX-8. That too was a rotary-powered coupe, but reliability and fuel consumption issues meant UK sales ended in 2010 and the Mazda rotary adventure ended altogether in 2012.

But the enduring popularity of the rotary engine has never diminished among petrol-heads, with fans still begging Mazda to produce an RX-8 replacement.

The Japanese brand has teased us with concepts and soundbites over the years, but none has yet made series production.

A recent render has provided inspiration, and an RX-8 spied testing at the Nurburgring has provided hope, but sadly there’s no official word on a definite replacement from Mazda.