Traffic officers called in to corral ponies on the motorway 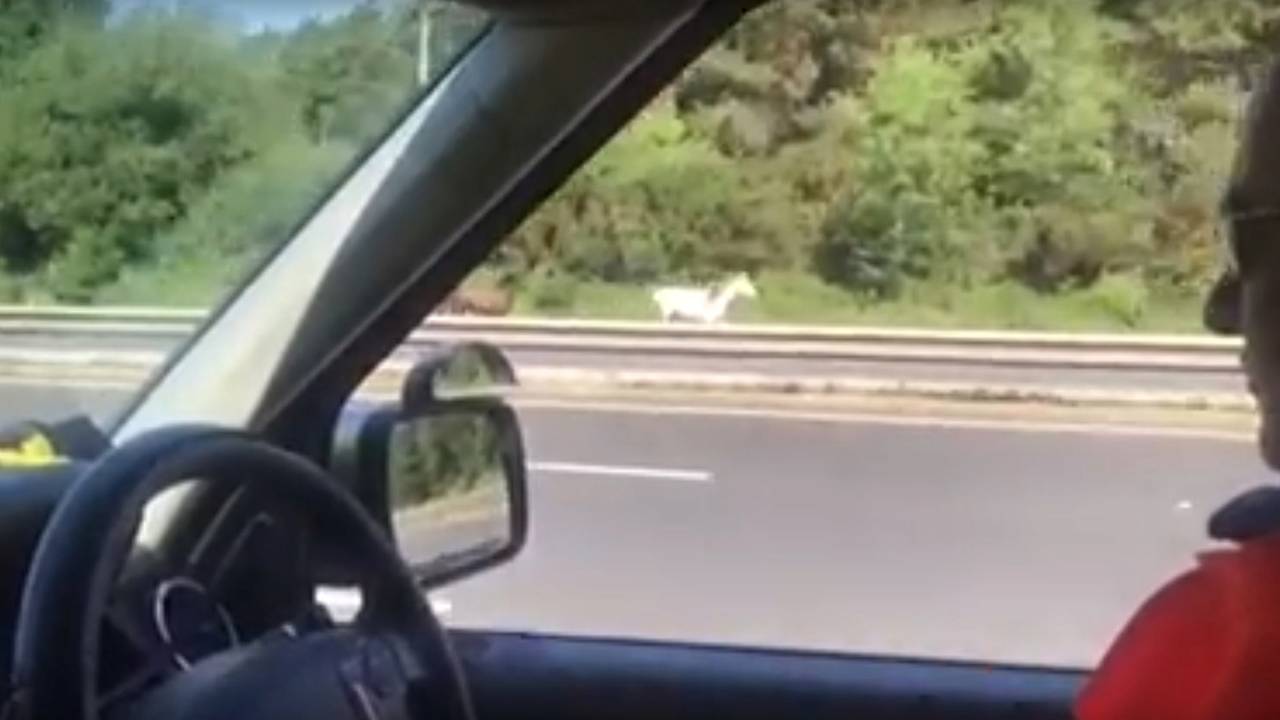 Watch as officers track two horses on the motorway near Southampton.

Traffic officers in Hampshire were called into action earlier this month to remove two horses from the M27 near Southampton.

Footage from YouTube shows the officers following the two New Forest ponies along the road, before they were eventually herded off the road by a New Forest agister.

The escaped equines were found on the eastbound A31 at around 9.15am on Sunday, June 3, before they turned onto the M27.

A rolling roadblock was put in place on the motorway and on the A36 slip road, effectively closing the road until the ponies were corralled to safety at around 10.40am.

‘Usually we’re dealing with crashes or cars that have broken down, so it is different to be called out to deal with this type of horseplay,’ said traffic officer Michael Maidment.

‘When my partner and I got there, we worked with our partners in the police to shoo them off the motorway. There was quite a bit to do with closing the different roads and directing the ponies to safety, but fortunately the ponies were unhurt and were still able to get home.’

A spokesperson for Hampshire Police said: ‘We would like to thank the agister, Highways England’s traffic officers and the members of the public for their assistance in dealing with this incident.’

Animals on roads are a big problem for Highways England, which looks after the country’s strategic road network.

A Freedom of Information request from March 2017 revealed that more than 2,200 dead animals were found on major roads during 2016 and the first few months of 2017. Traffic officers are regularly rescuing even more animals from dangerous roads, with multiple dogs and even swans rescued in the past 12 months.