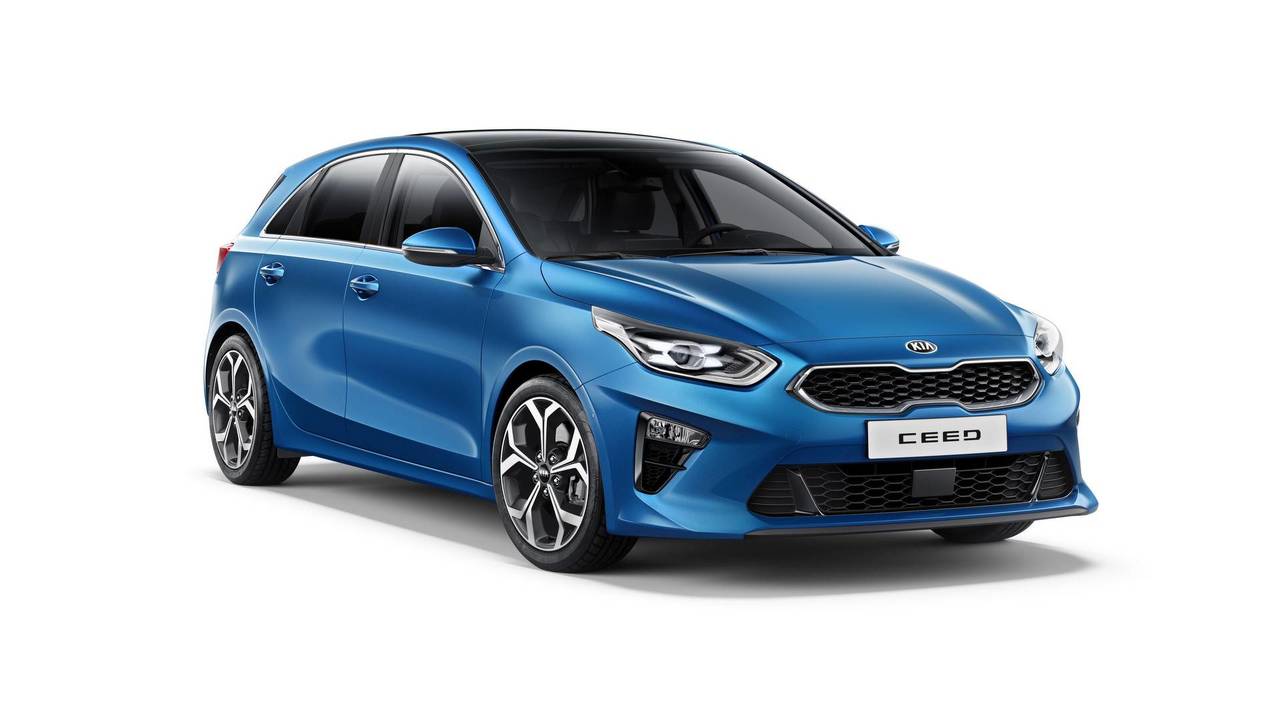 Apostrophe-less newcomer will be more 'mature' than its forebear.

The new Kia Ceed will hit the UK market on August 1 with prices starting at just over £18,000, the car’s South Korean manufacturer has announced.

Boasting a cleaner design and updated technology, as well as new engines, the Golf-rivalling hatchback promises a more grown-up feel than its predecessor.

The exterior design certainly hints at that new attitude. Although it’s longer, wider and lower than the old Cee’d (differentiated by its unique use of an apostrophe), the newcomer has drawn criticism from some quarters for being too bland.

Despite Kia’s trademark ‘tiger-nose’ grille and the ‘ice-cube’ LED daytime running lights, the bodywork is certainly less heavily styled than before. Whether that’s an improvement or not is a matter of taste.

Inside, Kia says the Ceed is more ergonomic than its forebear, as well as better built. The company is adamant that higher-quality plastics have been used, while there’s also more room in the rear and a bigger boot. A 15-litre increase in luggage capacity is joined by a reduction in the height of the loading lip, and there’s also a false boot floor to assist loading or concealment of valuables.

For those in search of even more luggage space, Kia is also adding a Sportswagon estate version to the Ceed line-up. As with the standard hatchback, the boot has grown, although this time it’s a 97-litre increase that brings the total available volume to 395 litres.

Both bodystyles will come with the same equipment. Full UK specifications are yet to be announced, but Kia has confirmed that the central touchscreen will be offered in seven- and eight-inch guises, with the latter offering TomTom satellite navigation. It will also offer full integration with the Apple CarPlay and Android Auto smartphone connectivity systems.

And the car isn’t just arriving with entertainment technology. Occupant safety is taken care of with a range of driver assistance systems. In a first for Kia, the Ceed will be available with a Lane Following Assist system, which will keep the car in its lane and maintain a safe distance to the car in front without any input from the driver. However, the driver must still have their hands on the wheel and stay focused on driving.

Under the skin, the Ceed has been updated to improve handling, with a new suspension set up that’s more stable in corners and more responsive to commands from the helm. There’s a new steering system, too, and a driving mode system that tunes the car to conditions prescribed by the driver.

The biggest changes are in the engine bay, however, where two new types of engine are available. A petrol-powered 1.4-litre T-GDi engine replaces the old 1.6-litre petrol and comes with 138bhp – an increase of four percent despite its lower displacement and improved emissions.

There’s a new diesel engine, too – a 1.6-litre unit that’s offered in 113 and 134bhp iterations – which emits less than 100g of CO2 per kilometre in its most environmentally friendly form.

Full pricing for these engines or the introductory trim levels have not been announced, but Kia has confirmed that the cheapest model will cost £18,295.