It looks just like the A-Class sedan for the Chinese market.

The new Mercedes A-Class saloon isn’t much of a secret. The German automaker revealed a long-wheelbase version earlier this year for China, and production on the hatchback version started in April. However, there’s another A-Class saloon coming, the regular version, for the US and European markets.

Video of a lightly camouflaged A-Class saloon shows much of what can be found on the LWB version for China. The car carries over several of the design cues from the hatchback, which won’t be sold in the US However, the rear of the car is covered in grey paint and tape. It’s not clear what precisely the covering is concealing – it could be a refreshed rear end. It’s tough to tell. 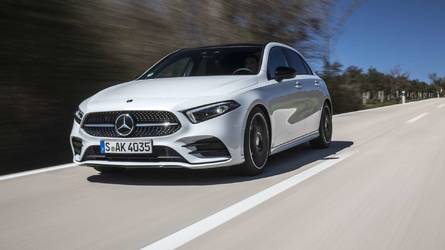 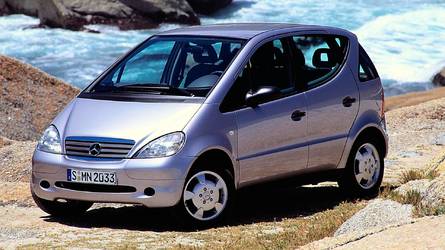 A brief history of the Mercedes A-Class

It also appears the A-Class saloon spied in the video is similar to the LWB version. We measure with our eyes, but several of the design lines between the Chinese A-Class and the one spotted in the video match up fairly well. This means the test mule here isn’t the actual regular A-Class coming to America. Instead, it could be a test bed for new technology or possibly a unique powertrain. It does appear the taillights could be different, but we won’t know for sure until we see the car completely uncovered.

In China, the A-Class saloon is powered by a 1.33-litre engine making either 134bhp  or 161bhp. There will be a bigger 2.0-litre engine developing 188bhp later. This bigger engine is likely to be the one in the US A-Class whenever it reaches dealerships. Expect a high-performance AMG version as well. In China, both engines pair with a seven-speed, dual-clutch automatic transmission as standard.

We will have all the details of the Mercedes A-Class saloon when it’s unveiled this fall for the European and American markets. Until then, we’ll keep an eye out for an AMG version running around.