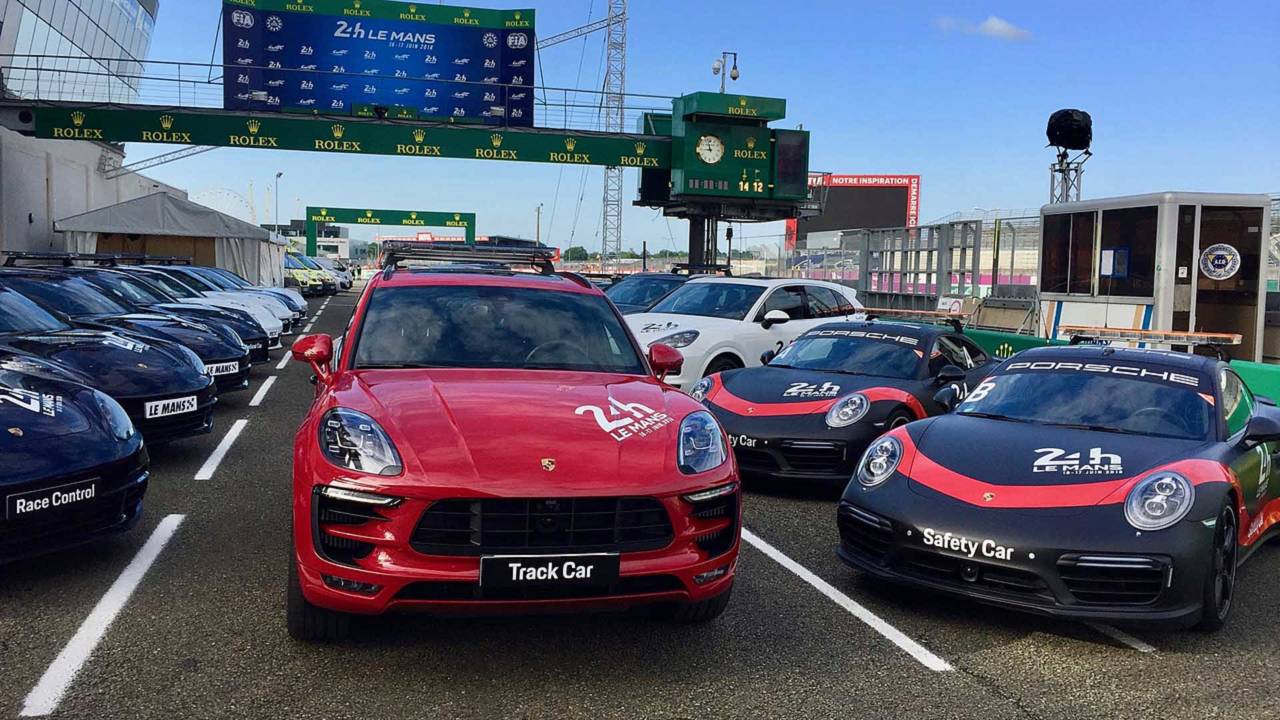 Porsche ensures safety at the 24 Hours of Le Mans with a fascinating collection of vehicles.

Even if you're feeling fine, many folks would act sick just for a chance to take a ride around Le Mans as a passenger in the medical car. Motor1.com's French team had the opportunity to check out this fleet of live-saving machines, and they didn't even have to pretend to pass out to do it.

Porsche is no longer present as a factory team in the LMP1 category with the 919 Hybrid, however, the German brand remains very involved in endurance racing, including having an armada of 911 RSRs in the GTE Pro category of the upcoming 24 Hours of Le Mans. Outside of competing at the famous French track, the German brand is also very visible in the World Endurance Championship by providing a fleet of safety vehicles for the events.

Porsche has a deal to supply emergency vehicles to the FIA World Endurance Championship through 2020. There are 11 safety cars present for most races, but the 24 Hours of Le Mans warrants having 16 of them at the track. Three of them at the French race will be 911 Turbos. There'll also be a Panamera E-Hybrid and Cayenne for transporting track personnel and medical staff to the site of wrecks around the long track.

The gleaming 911 Turbo has all-wheel drive and 532bhp from a biturbo 3.8-litre flat-six. For this duty, it's equipped with flashing headlights, a light bar on the roof, radio for communicating with race direction. Porsche also upgrades the brakes and suspension for the high-speed work of leading the field while other officials clean up the track.

By not competing in the top class, it's highly unlikely that Porsche could score another overall victory of the 24 Hours of Le Mans this year, but the company can at least feel good about keeping all the drivers competing there safe.