Aston Martin DBS Superleggera: This is it 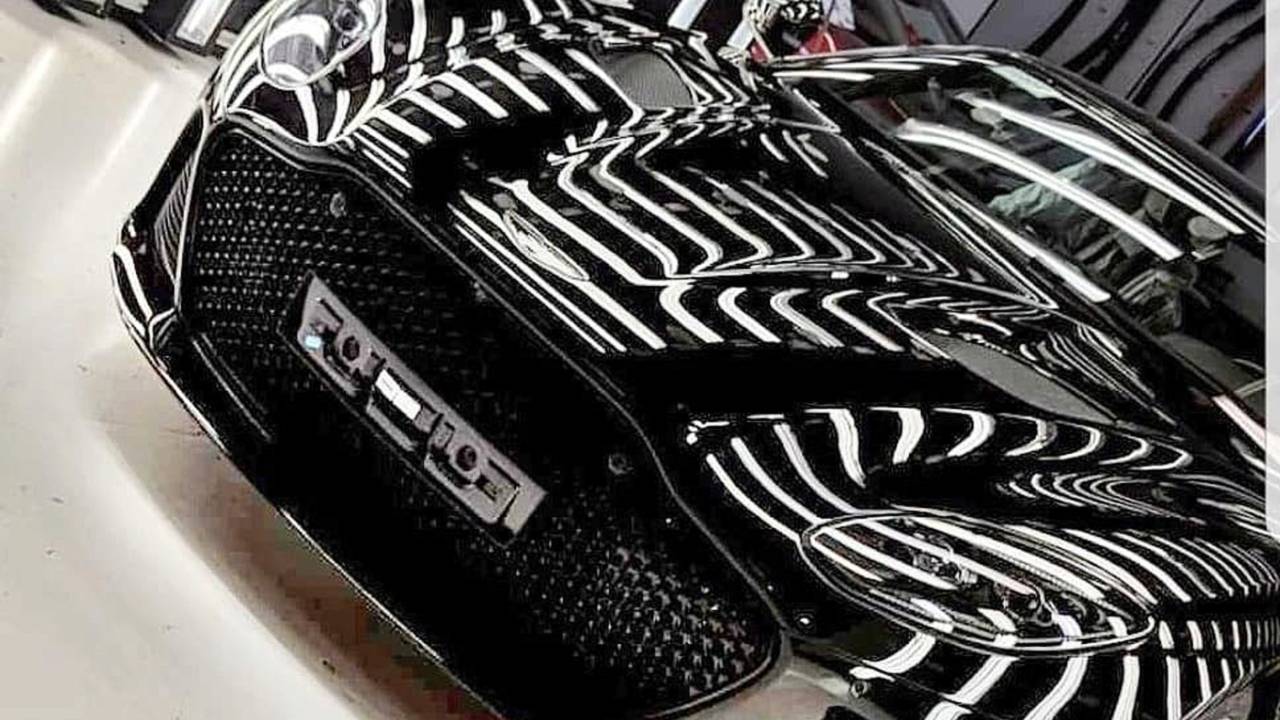 The car was recently shown at a private event in Gaydon.

We're not supposed to see Aston Martin's new super GT car – the DBS Superleggera – yet, but thankfully for us, there's someone out there that doesn't quite understand the word 'private'.

The Vanquish S replacement was shown to potential customers at a private (there's that word again) event at Aston Martin's Gaydon headquarters earlier this week, and since the event a single image of what appears to be a black production version of the car has found its way onto the web.

What we see is a car that looks different to the new Vantage and DB11 (see, Aston Martin can make different looking cars). Overall, it’s a bolder interpretation of the company's new design language, which also features a larger grille design reminiscent of the Rapide S and Vantage AMR Pro. Its appearance emphasises its position in the range above the sporty Vantage and more luxurious DB11 – and you can expect it to be the perfect mix of relaxing grand tourer and aggressive track monster that both those products offer respectively, but that will by no means make it a compromise between the two.

What's more, if the best of both worlds wasn't enough with this car, you will also be able to get it in coupe and drop-top Volante flavours as well.

The car is the third to come around since Aston Martin and Mercedes-Benz entered into a partnership, and from what's previously been snapped of a near-production prototype of the car, you can expect it to come with the Mercedes-Benz COMAND touchpad infotainment system. The rest of the interior has also received a thorough re-work compared to the outgoing Vanquish with big changes to the steering wheel, instrument cluster, and seats.

Engine-wise, nothing has been confirmed. That being said, nothing is too far from the realms of predictability either. We know Aston Martin are all but certain to use the Mercedes-AMG-derived 5.2-litre twin-turbo V12. We also know that, according to reports, Aston Martin’s powertrain chief Brian Fitzsimons has confirmed that the engine is capable of churning out 820bhp.

We may have now seen the DBS Superleggera, but that won’t take the shine off the full reveal later this month. Be sure to check back here for full details of Aston Martin’s latest flagship when the covers finally come off for real.