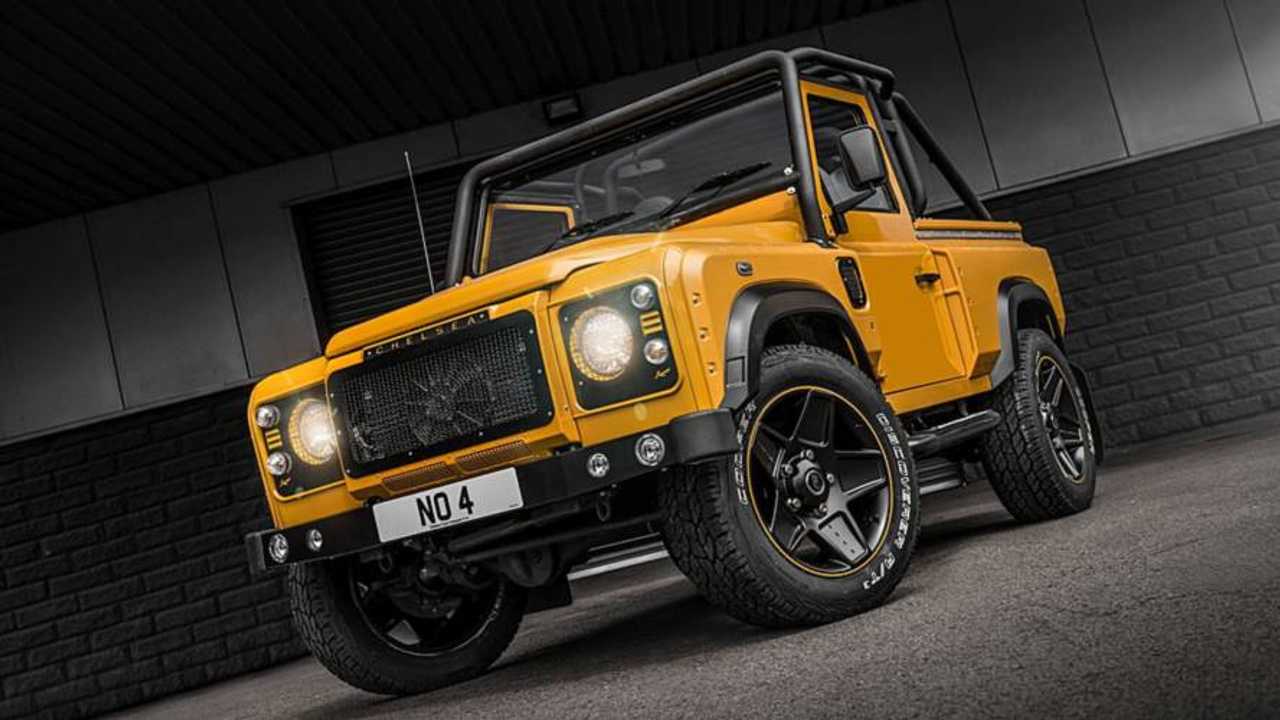 A World Cup edition Defender and a range of vanity number plates are on the cards if England win in Russia this summer.

Afzal Kahn, the proprietor of the company famous for its aesthetically challenging car modifications, is throwing one more reason – other than the worldwide fame, glory and adulation they would already receive – for the England football team to do well at the World Cup this summer.

Kahn is giving away one of his World Cup edition Defenders as a special treat to the player of his choice if England win, as well as a selection of number plates from his personal collection.

‘Dier refuses to be intimidated by opponents, is humble and very ambitious,’ said Kahn. ‘Playing in a World Cup is the pinnacle for any proud English man. I would like to wish Eric, and the rest of the team the best of luck for the tournament, and hope my gesture possibly motivates him that little bit extra to bring the world cup home.’

Eric Dier’s fellow England players also have an opportunity to bag gifts, should they help England to their first World Cup victory since 1966. Afzal Kahn is also prepared to part with his 1966 DB, S50 CER and F00 71E registration plates.

The Chelsea Truck Company World Cup edition – better known as a Defender 2.2 TDCI XS 90  – offers wider arches front and rear, a new grille and stainless bonnet as well as a full bumper replacement and chrome accents all round. If none of that grabs anyone’s attention, the 20-inch wheels or the twin cross-hair stainless steel exhaust system surely will.

The Defender also gets vented foot pedals in machined aluminium, a fancy clock and Kahn will even throw in some hard-wearing floor mats to make sure everything stays nice.

You don’t have to win an international football tournament to get your hands on one of these bad boys, though – the World Cup edition is available to purchase for £69,995.