A Ford GT40 MkII that finished third at Le Mans in 1966 is to be auctioned by RM Sotheby's and is estimated to sell for up to £9m million.

Part of Ford's first win at the prestigious 24-hour race, this car was classified third in the manufacturer's now legendary 1-2-3 finish.

Driven by American duo Ronnie Bucknum and Dick Hutcherson for the Holman-Moody racing team, it crossed the line behind winners Bruce McLaren and Chris Amon and second finishing Ken Miles and Denny Hulme.

Chassis 1016 will feature in RM's Monterey sale in California across August 24/25 and is expected to sell for between £6.7m to £9m.

RM Sotheby's car specialist Alexander Weaver said: "The status of P/1016 speaks for itself, and if it wasn't for this car, the history of motorsport as we know it would be very different.

"This Ford has been restored to the condition it raced in, which will be a vital consideration for any prospective buyer. Few cars can be considered gold standard, but this GT40 is, and will always be remembered as one of the Fords that finally beat Ferrari."

The GT40's seven-litre raced-tuned V8 engine produced 485bhp but its early life was plagued by straight-line instability and reliability woes. This later MkII car even retired from the 1966 Daytona 24 Hours preceding Le Mans when its automatic gearbox failed.

After Le Mans, it went onto win the 'People's Choice' award at the world renowned Pebble Beach Concours in 2003 before its restoration and sporadic use in historic racing.

Even selling for its lowest estimate should take the GT40's price beyond the £5.25m paid for Michael Schumacher's final Monaco Grand Prix winning Ferrari F2001, a record for a modern era Formula 1 car at auction. 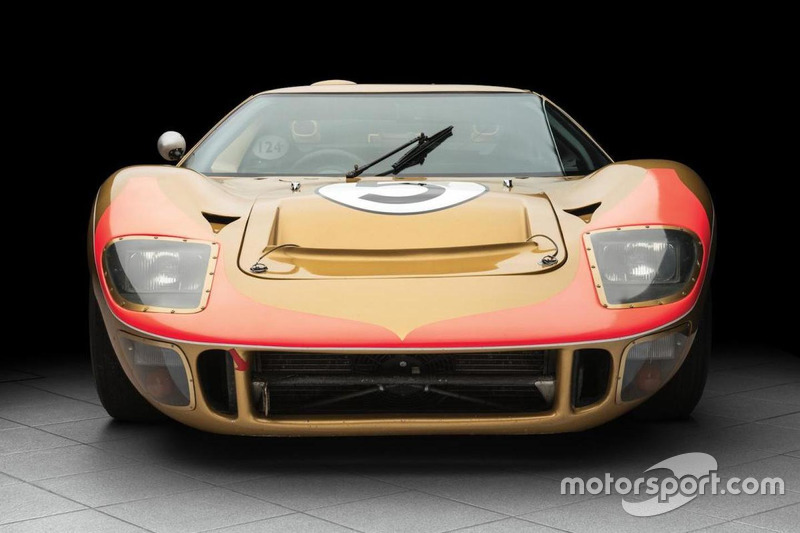