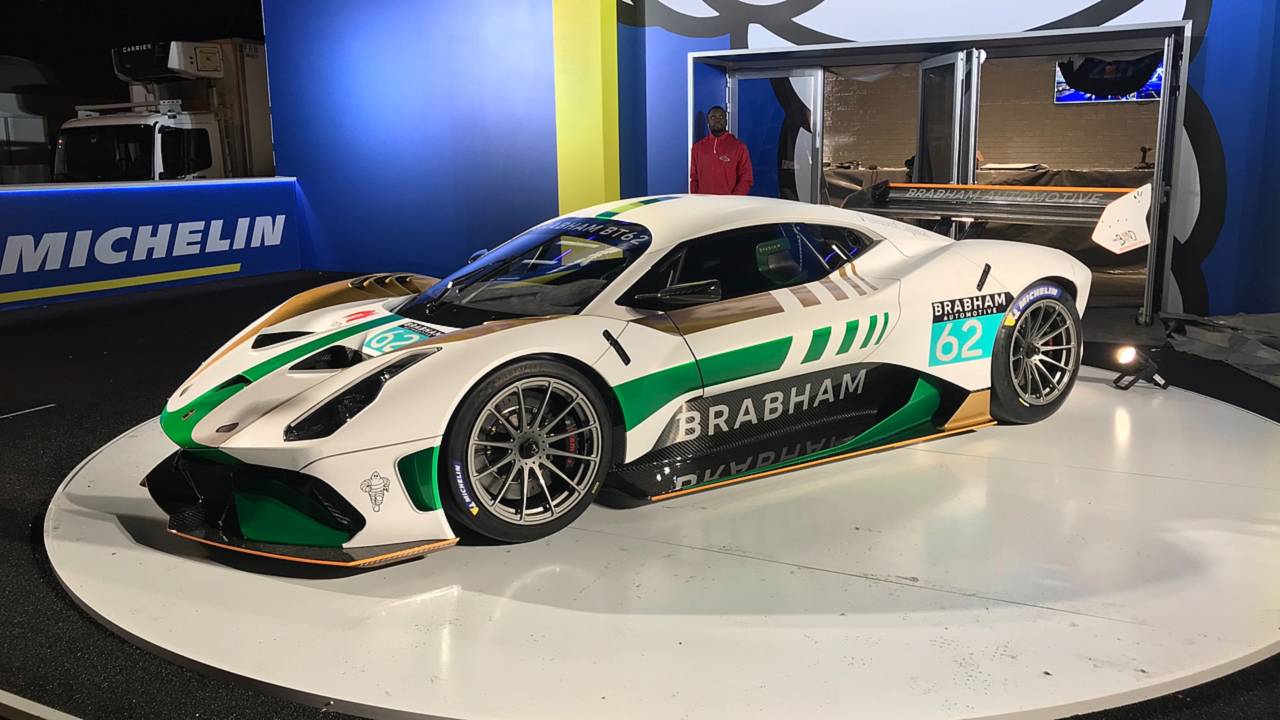 Brabham hopes to bring its BT62 back to Le Mans as an official contestant.

Brabham’s new BT62 track-only hypercar has made its public liveried debut at Le Mans ahead of the 24-hour race this weekend. The company says that the freshly decorated car gives a glimpse of the racing future that could be in store for the BT62.

The car has spent more than two years in development before its official unveiling in May. Company owner David Brabham is the son of F1 legend Jack Brabham, and is himself a multiple Le Mans winner – eventually, he hopes, the BT62 will be put to use as an endurance racing car.

Brabham name returns to the track with BT62 supercar

For now the £1m-plus-taxes hypercar is available to order from the UK-based carmaker, and Brabham will be offering the limited run of 70 cars in two versions – Celebration or Signature.

The Celebration cars will be made up of 35 heritage-inspired liveries that will pay tribute to each of the 35 Brabham grand prix wins, while the Signature cars will see owners working with the Brabham design team to come up with their own bespoke paint job.

Powering the BT62 is a naturally aspirated 5.4-litre V8 that produces 700bhp and 492lb ft of torque. No official 0-62mph figures have been given, but it’s safe to say that a power-to-weight ratio of 720bhp per tonne should yield impressive results.

The car has been designed with rear-wheel-drive only in a deliberate effort to 'challenge and reward the driver in equal measure’. You’re not completely on your own, mind – there are some driver aids such as launch control to help the car get off the line cleanly.

Brabham engineering boss Paul Birch said: 'Created from a blank sheet of paper, our first car takes Brabham into an exciting new era, while honouring and upholding the marque’s glorious past. The resulting BT62 is a car that demands total engagement and commitment from its driver, delivering immense reward and satisfaction.'