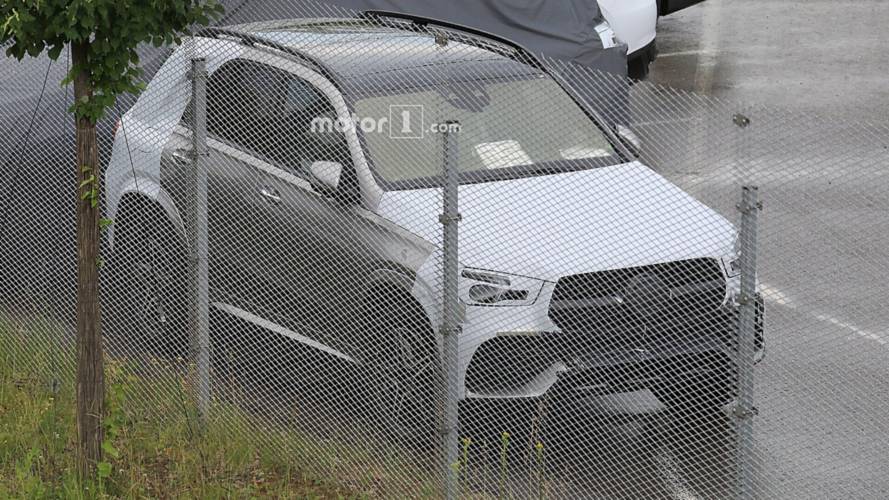 Our money is on the next-generation GLE.

Mercedes’ Tuscaloosa plant in Alabama is the place of birth of large SUVs such as the GLE, GLE Coupe, and the GLS where these are produced to cater the world market. The company is investing a total of $1 billion (£750 million est.) to expand its manufacturing footprint in that area and will create more than 600 jobs to get ready for the EQ-badged SUVs.

Speaking of electrified high-riding models, Mercedes recently organised a meeting with suppliers in the United States to prepare for the next generation of U.S.-built SUVs and one of the new models coming will be a plug-in hybrid. Production of the model in question will kick off later this year and it won’t be the only partially electrified SUV.

Catch a glimpse of the next-gen GLE, GLS:

While the identity of the model has not been disclosed, an educated guess would have to be the next-generation GLE taking into account prototypes have been spotted in the past few days with barely any camouflage. The plug-in hybrid derivative Mercedes is referring to is likely a successor for the outgoing GLE 550e 4Matic, but there’s actually going to be more than just one electrified flavour of what is being described as the “next generation SUV.”

Following the GLE’s expected introduction in the weeks or months to come, the bigger GLS is slated to arrive at some point in 2019 and we won’t be too surprised if it will spawn a plug-in hybrid model as well.

The plant has been putting together SUVs since 1997 and now it’s gearing up to introduce a new one for which Mercedes has spent a “considerable time articulating supplier needs.” Roughly 200 U.S.-based suppliers are working with the three-pointed star company for the factory in Tuscaloosa where more than 3,700 people are employed and have been in charge of C-Class Saloon production since June 2014. The plant – in which Mercedes has invested more than $6 billion (£4.5 billion est.) since 1995 - actually indirectly supports approximately 22,000 more jobs, with about 10,000 of them being at suppliers as well as service providers.

Birmingham, Alabama (USA) – Purchasing- and operation leaders of Mercedes-Benz Cars and Mercedes-Benz U.S. International (MBUSI) met with representatives from 240 suppliers at the company’s annual Supplier Forum in June. MBUSI has held supplier forums such as this one to orient its suppliers to expectations for its new models prior to every launch since the plant first began building SUVs in 1997. This year, MBUSI officials spent considerable time articulating supplier needs for the next generation SUV – which will include new plug-in-hybrid models – that will be presented later this year.

"More than ever, partnership with our supplier network is taking center stage. Because only together with our partners can Mercedes-Benz Cars bring intelligent, energy-efficient and superior quality products to our customers. Our exacting standards begin with our demanding production program, so it is critical that we work closely with our suppliers from these initial conversations all the way through final assembly," said Klaus Dr Zehender, Member of the Divisional Board Mercedes-Benz Cars, Procurement and Supplier Quality. "The annual supplier forum provides our supplier partners and the company with an invaluable opportunity to exchange ideas and strengthen our relationship", he adds.

Jason Hoff, President and CEO of Mercedes-Benz U.S. International, Inc. (MBUSI) and Plant Manager of the Tuscaloosa plant, underscored the ongoing importance of SUV production in Tuscaloosa: "The Mercedes-Benz Tuscaloosa plant is our primary SUV production site with the current GLE, GLE Coupé and GLS series produced here exclusively for the world market. During our more than 20 years of production in Alabama, we’ve realized tremendous success in securing strong suppliers and partners to help us build our world-class vehicles and securing a workforce to support our goals."

Mercedes-Benz Cars traditionally buys its component parts near its assembly plants. The localization rate of Mercedes-Benz Cars in the U.S. is higher than the federal regulatory requirement. Prerequisite for producing for Mercedes-Benz are top quality and exacting standards, which are known throughout the world.

Currently about 200 U.S. based suppliers work for the Tuscaloosa Mercedes-Benz plant. Most of them are companies that followed Mercedes-Benz to Tuscaloosa and founded their own production facilities in the country. For example, Samvardhana Motherson Peguform (SMP), a global player from India, will supply the bumpers and door panels for the next Mercedes-Benz SUV models. SMP recently built a plant in Tuscaloosa and is currently in the process of hiring its workforce.

Today, the Daimler Group companies in the U.S. employ around 24,400 people - 8.3 percent of the Group's global workforce. The company indirectly supports an estimated 150,000 additional jobs across the country. The Group’s companies primarily produce passenger cars and commercial vehicles at 23 locations throughout the U.S. However, U.S. based corporate assets also include Daimler Financial Services, car2go and moovel, as well as several research and development locations.

The Mercedes-Benz Tuscaloosa plant is currently being expanded to a high-tech location for SUV production. Furthermore the site will be prepared for electric mobility. This includes the production of EQ-branded SUV models and also the construction of a battery factory near the existing passenger-car plant ensuring availability of cutting-edge technology for future generations of Mercedes-Benz vehicles built in the U.S. The Tuscaloosa plant was the first major Mercedes-Benz production plant outside Germany and is considered the nucleus of the automotive industry in Alabama. The site currently employs more than 3,700 people. In addition, the Tuscaloosa plant indirectly supports an estimated 22,000 additional jobs of which approximately 10,000 are at suppliers and service providers in the region. Since 1995, more than $6 billion has been invested in the Tuscaloosa plant. In 2017, more than 280,000 vehicles rolled off the assembly line in Tuscaloosa. More than two thirds of the SUVs produced in Alabama are exported to almost every country in the world. This makes Mercedes-Benz Cars the second largest vehicle exporter in the U.S. Since June 2014, the C-Class has also been built in Tuscaloosa for the North American market.

In the first five months of 2018, Mercedes-Benz sold more than 132,000 cars in the U.S. and is market leader among the premium manufacturers. Mercedes-Benz SUVs are the company’s most popular models and reached a new sales record - globally as well as in the USA. In 2017, nearly 340,000 vehicles were delivered to American customers, making Mercedes-Benz the top-selling luxury brand in the United States.