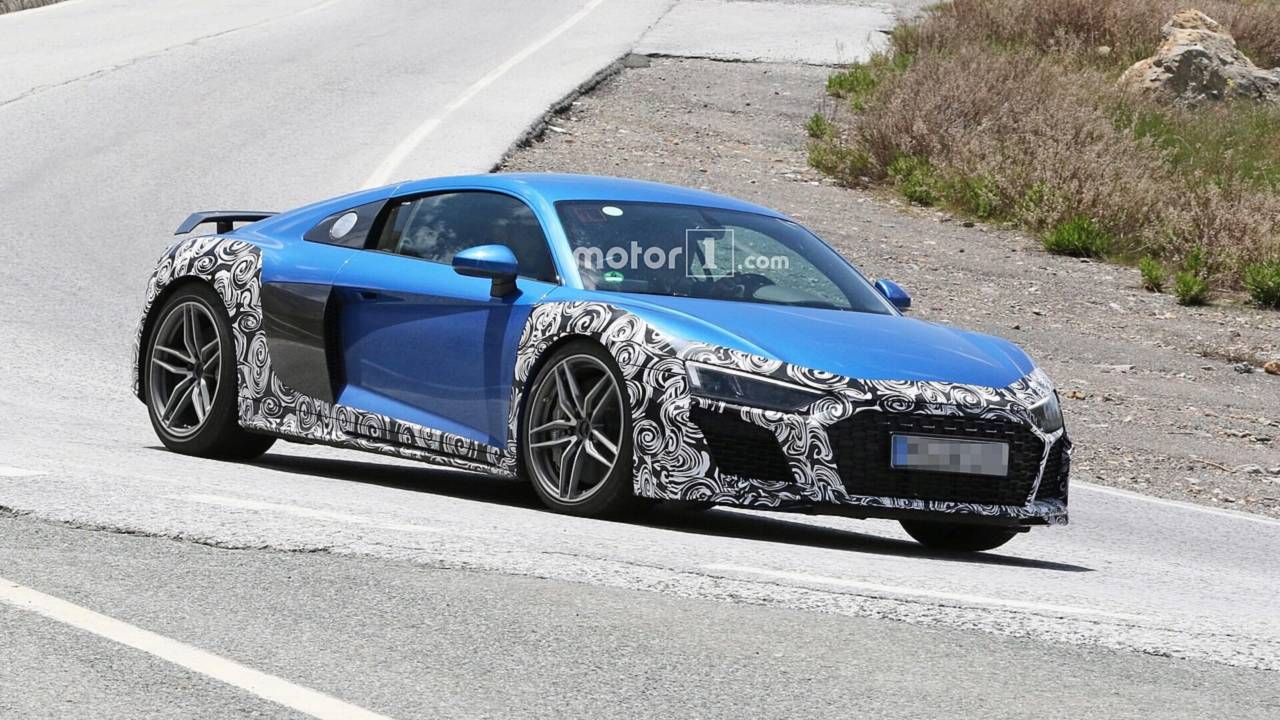 The naturally aspirated supercar is unlikely to get a third generation, but that doesn't mean the current model can't evolve.

[UPDATE] Additional images have been added at the end of the gallery. These are showing a red prototype, which did not have the rear wing.

Spy shots of an updated R8 date back to early October 2017 and this new batch of images reconfirms Audi is about to make some changes to its V10 machine. Changes start at the front where there’s a redesigned bumper featuring bigger side intakes with a mesh pattern similar to the front grille. Speaking of which, the corporate singleframe grille adopts the new look seen in recent Audis, with a narrower and wider configuration.

The most obvious changes have occurred at the back where the bumper has been redesigned to accommodate the two oval exhaust tips, which lead us to believe we could be looking at a new R8 GT. The mesh pattern seen at the front has a correspondent on the car’s derriere where it extends from one corner to the other, thus being significantly wider than on the current R8 V10 Plus.

Interestingly, even the side profile is slightly different than what we’re used to, taking into account the side sills have an opening nearly as long as the doors. It’s probably there to boost airflow and enhance the R8’s aerodynamic efficiency all for the sake of further increasing performance.

It wouldn’t be too far-fetched to assume Audi’s engineers are also working on the naturally aspirated 5.2-litre V10 to increase its output. It pushes out 602bhp in the R8 V10 Plus, but we know from the Lamborghini Huracan Performante that the same engine can deliver 630bhp.

An official reveal could take place later this year or in 2019 and there’s a good chance this will be the ultimate expression of the R8. Audi has strongly suggested its supercar will not be renewed for a third generation. It remains to be seen whether the possible R8 GT spied here also previews a facelift for the other R8s or this is just a special edition like the previous generation had in both coupe and droptop versions – each limited to 333 examples.