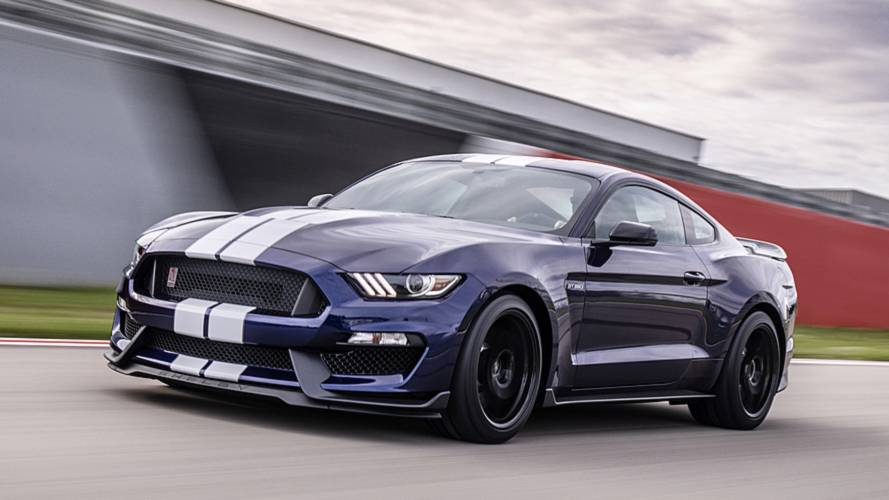 Ford’s most aggressive Mustang is getting even meaner. The Shelby GT350 has undergone a few improvements for the 2019 model year; improved precision, added balance, and the same raucous 5.2-litre V8 make it more potent both on the road and on the track.

Together with Michelin, Ford also made sure that the GT350 received even more grip. New Michelin Pilot Sport Cup 2 tyres with a Shelby-specific tread pattern – 295/35 front and 305/35 rear – wrap around new 19-inch aluminium wheels. The same six-piston front and four-piston rear calliper Brembo brakes carry over, and a revised spoiler with an optional Gurney flap are now available for 2019 and help improve aerodynamics.

Under the bonnet, the Shelby GT350’s high-revving 5.2-litre V8 remains; redline rests at 8,250 rpm. The unit produces the same 526bhp and 429 pound-feet of torque, and comes paired to a Tremec six-speed manual transmission.

'Along with improved grip, brake and chassis refinements, Shelby GT350 brings a whole new level of performance driving," said Billy Johnson, FIA World Endurance Ford GT and IMSA Mustang GT4 driver. "It’s a rewarding car to drive on track for amateurs and pros alike, while making the driver feel like a superhero. It’s confidence inspiring in corners and begs to be pushed harder and to take corners faster.'

2020 Ford Mustang Shelby GT500 Teased From Above In New Rendering

But performance wasn’t the only focus for the updated GT350, the cabin was updated with more amenities. A machined aluminium instrument panel applique (with an available exposed carbon fibre version) pairs with a new door panel insert covered in a slate Miko suede finish with accent stitching. The same standard Recaro race seats carry over, but are now power-adjustable and finished in the same Miko suede finish. There’s also a new high-performance 12-speaker audio system provided by Harman, and a now-standard eight-inch Sync 3 touchscreen system.

On the exterior, two new colours are now available: Velocity Blue and Ford Performance Blue. Buyers can also opt for factory-painted racing stripes in high-gloss Shadow Black, Oxford White or Kona Blue. What they cannot opt for, though, is the same aesthetic or functional updates Ford made to the standard Mustang for this year.

Speaking to Motor1, Ford said after feedback from customers that liked the current Shelby's look, it chose to focus on chassis changes rather than aesthetic ones. And that does make a degree of sense – unlike the standard Mustang's front fascia, the Shelby's is designed for heavy duty track work, channelling air where it's needed. That kind of engineering work is not cheap, and doing it all over again just to accommodate some new headlamps on a relatively low-volume vehicle probably wasn't the best use of funds.

We can't understand, though, why Ford passed on the updated Mustang's all-digital instrument cluster for the GT350. The reconfigurable gauges seem like they'd be a natural fit for a track-focused vehicle, so it's disappointing that the flashy setup isn't available on the revised Shelby.