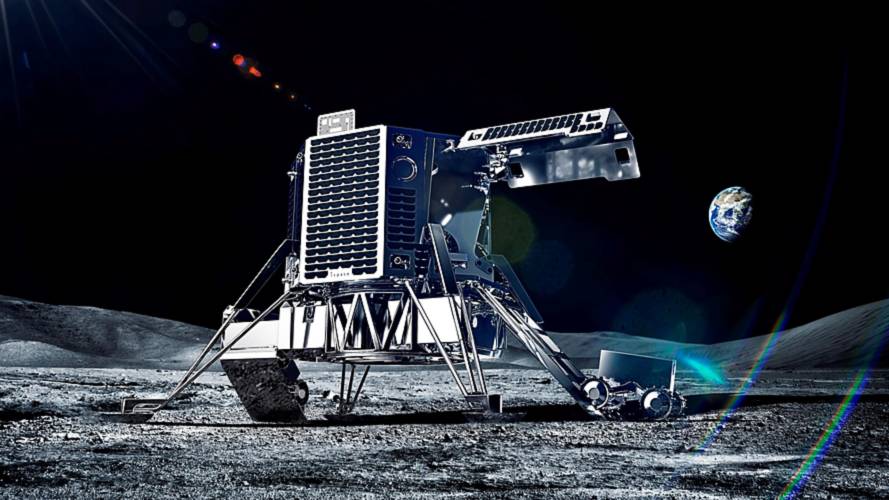 The future of travel... space travel.

The Goodwood Festival of Speed has given us some impressive debuts over the years. From supercars, to electric London taxis, the petrolhead party in the south has had it all.

With two wheels and four very much crossed off Goodwood's to-do list, what could possibly be next? Space? Well, you wouldn't be too wide of the mark with thinking that.

This year's Festival of Speed will play host to the debut of a new generation of lunar rover. The remote-controlled four-wheel vehicle is being developed for private space exploration firm iSpace and its anticipated maiden moon landing in 2021.

The rover will form a part of the Festival of Speed's 'Future Lab', which showcases future science and automotive technologies.

'The iSpace rover is one of the most exciting new developments in making space exploration more accessible for researchers; a result of learning from automotive innovation as much as it is drawing on expertise from aerospace,' said Lucy Johnston, curator of Future Lab. 'The FOS Future Lab is not only about celebrating the technology concepts of the future, it’s about actually experiencing it and we can’t wait for visitors to get their hands on the controls of this amazing piece of technology.'

iSpace's 8.3 pound rover was one of five finalists in the Google Lunar XPRIZE competition. So far iSpace has raised more than £70 million towards the project in the company's home nation of Japan.

'We are very much looking forward to bringing our rover to the Goodwood Festival of Speed for its UK debut alongside other exciting displays,' said Takeshi Hakamada, founder & CEO of iSpace. 'We can think of no better platform to showcase our technology and we hope not only to demonstrate to visitors what we are capable of doing now, but also to inspire future generations of engineers and space explorers.'

Also on display alongside the rover, which has the ability to capture 360-degree, high-resolution colour video and imagery from space and beam it back down to earth, will be iSpace's vision for a wider Moon Valley colonisation project. Festival guests will also get the chance to control the rover themselves using a tablet.