Porsche 718 Boxster Spyder Caught Cruising With The Top Down 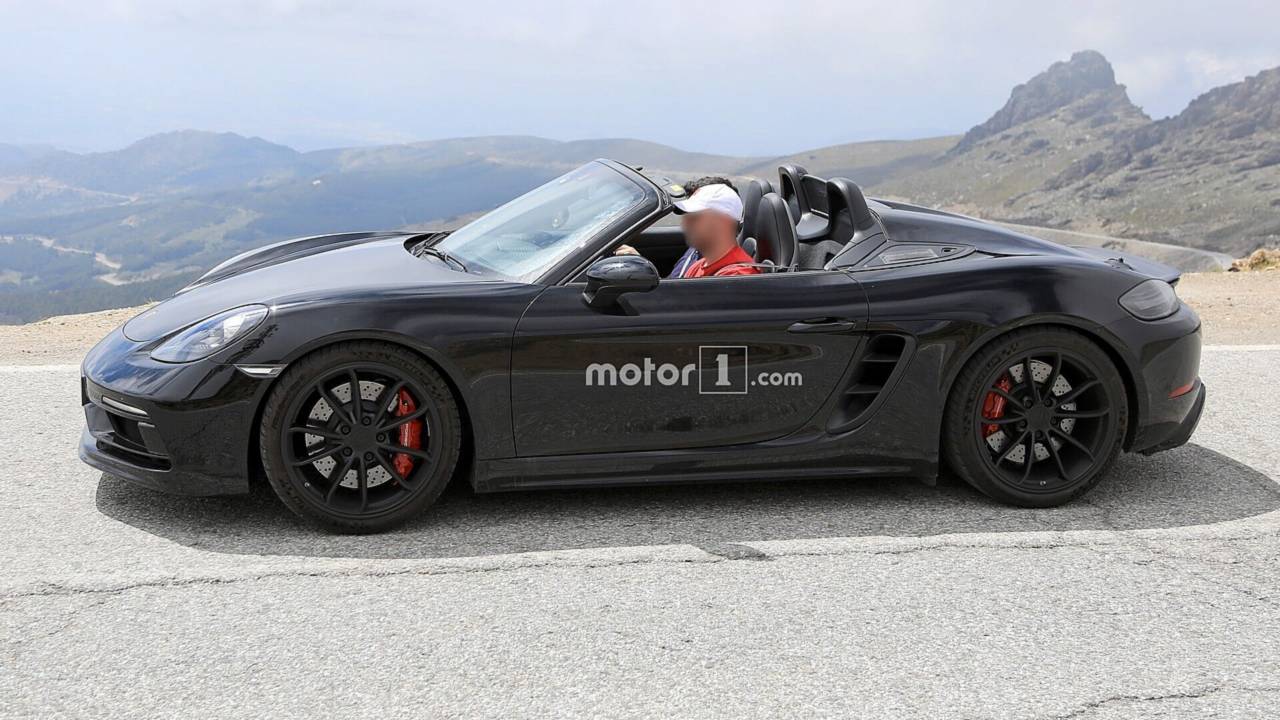 We want the test driver's job.

Porsche has been putting the finishing touches on the 718 Boxster Spyder for quite some time and we’re hoping we won’t have to wait much longer to see the final product. The good news is spy photographers seem to have a soft spot for the hardcore droptop as we have received yet another batch of images with a work-in-progress car.

The sun was out that day, so naturally the soft top was down. The prototype did not appear to have any camouflage whatsoever, hence why we believe an official reveal is right around the corner. It goes without saying that most of the styling changes have occurred at the back where the 718 Boxster has a reworked rear deck in the same vein as the Spyders before it. As a side note, this is not the only special droptop model Porsche is working on considering the 911 will be getting the retro-flavoured Speedster treatment very soon following last week’s reveal of a concept celebrating the 70 years since the first 356 was certified for road use.

Getting back to the prototype at hand, it was likely using an engine borrowed from the 911, specifically the track-focused GT3. In other words, a naturally aspirated 4.0-litre flat-six will animate the range-topping 718 Boxster Spyder as well as the equivalent 718 Cayman GT4. The meaner derivatives of Porsche’s entry-level sports cars will slot above the existing GTS trim and are expected to offer more than 400bhp, but significantly less than the 911 GT3’s 500bhp to avoid a clash.

It is believed the ultimate Boxster will come as standard with a six-speed manual gearbox, but Porsche will please both worlds by offering an optional seven-speed, dual-clutch automatic for maximum on-track performance. A weight loss is on the agenda by removing some of the cabin insulation as well as the electrically folding mechanism of the soft top. Instead, you’ll have to manually install and remove the fabric. Reports are suggesting the 718 Boxster Spyder could also forgo the air conditioning system and radio in the quest to shave off fat, but we’ll have to wait and see about that.

The 718 dynamic duo consisting of the Boxster Spyder and Cayman GT4 is slated to arrive later this year.