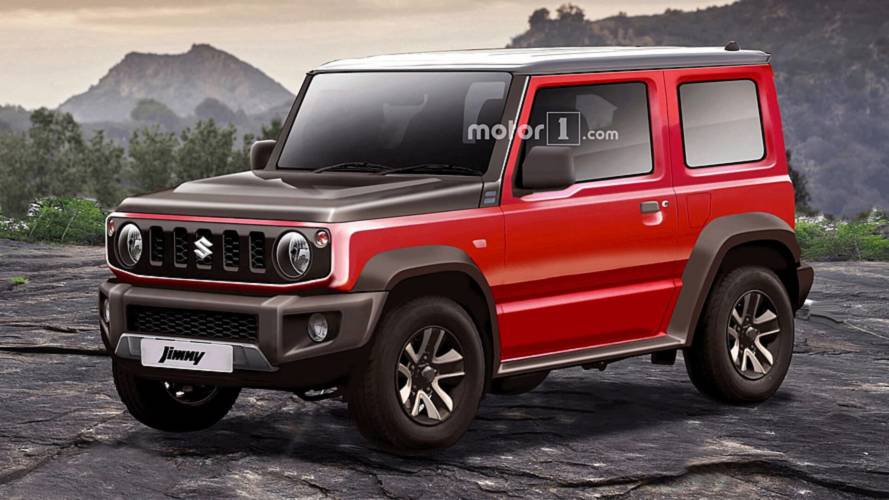 The industry's worst-kept secret continues to spill the beans.

After a recent rendering of the next-generation Jimny surfaced, one of the Suzuki dealerships in Japan was unable to contain the news about the launch of the cutest next-generation off-roader. Well, it is, after all, the worst kept secret in the automotive industry.

While initial reports say that the Jimny will be released later this year, the leak said otherwise, saying that the launch will exactly be in July 5, which is less than a month from now. Now, if you’re as excited as we are, this would probably be the longest month of the year.

The leak was caught by Indian Autos Blog, along with another juicy information: the mini SUV will come with a new variant called Jimny Sierra. However, no information as to what this other variant can offer, so that adds to the excitement.

Based on the renderings and the leaked images, the fourth generation Suzuki off-roader will sport a neo-retro look with its angular look and boxy aura, even boxier than its 20-year-old predecessor. It will also have protruding fender flares and utilitarian grille-headlamps combination. It’s like a baby Mercedes G-Class – cuter, more adorable, and can sport bright colours because it’s really cute.

Previous leaked images also include the interior amenities of the Jimny, which will have touchscreen audio system at the centre of a clean and straight dashboard with circular air conditioning vents. The knobs for the A/C controls will also be circular to match the vents.

When it comes to the engine, reports say that the Jimny will get a 0.66-liter R06A petrol engine in Japan to meet the Kei car requirement in the said country (for tax benefits). For the rest of the world, the Jimny could either have turbocharged 1.0-liter K10C Boosterjet, 1.2-liter K12C DualJet, or the 1.2 L K10B gasoline mill. It will continue to have a body-on-frame construction to keep its off-roading capabilities, together with Suzuki’s AllGrip 4x4 system.

It’s too early to be sure of the final spec sheet, but we have less than a month to ponder about the best engine to fit the Jimny, or wait for the next leaked information that will surface online.