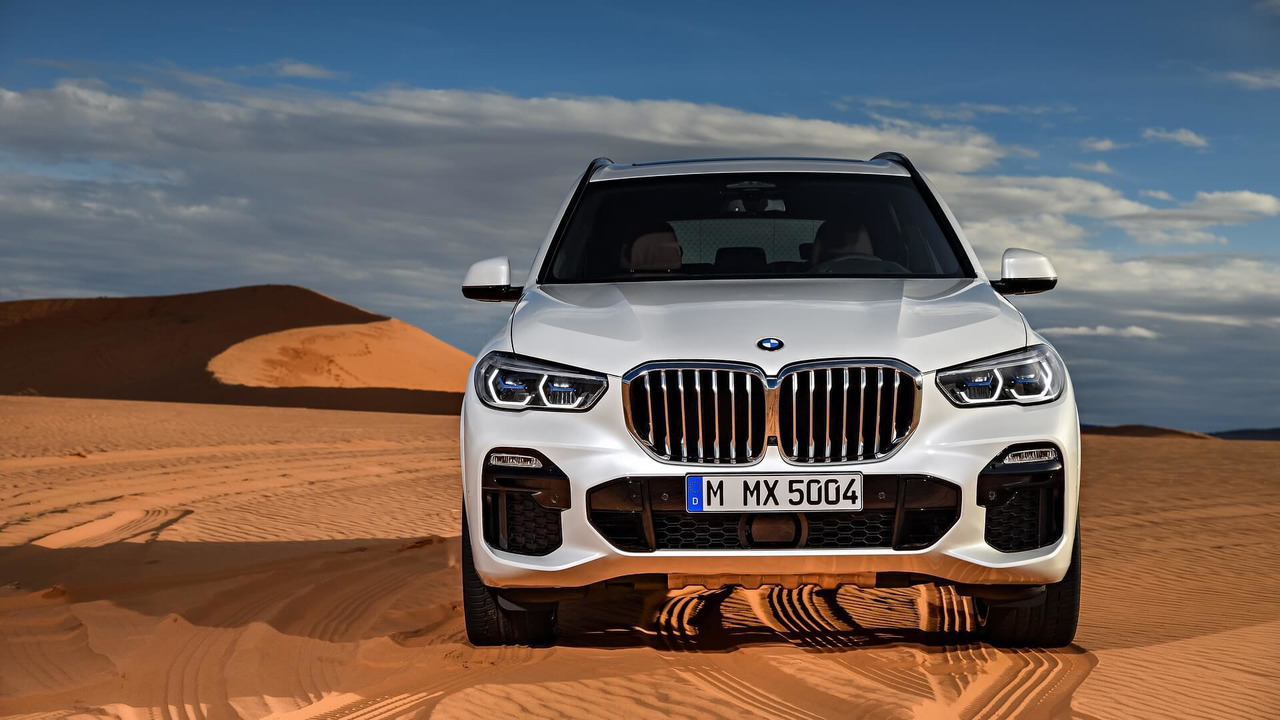 BMW has revealed its all-new fourth-generation X5 SUV. Predictably, it’s bigger, it looks much the same as the old car and it’s been stuffed with more toys than you shake an internet-enabled stick at.

It’s not all about the tech – BMW has cut hundreds of kilos off the car thanks to extensive use of aluminium and lightweight materials. That’s despite the increase in size – the length has increased by 36 millimetres to 4,922mm, the width by 66mm to 2,004mm and height by 19mm to 1,745mm.

Interesting features on this new generation of X5 include an acoustic windscreen and side windows to cut down on noise, smart cruise control that will keep you in your lane and slow down when the cars in front do and active steering that comes as standard to help improve the car’s agility.

Air suspension is designed to make the ride comfortable on the road, while also benefitting off-road capability, by being able to lift the car for higher ground clearance, for example. Although there’s also a diff lock, which does most of the heavy lifting when it comes to plugging through mud and rocks, and permanent four-wheel drive.

If it’s just the looks you’re after, there are a range of wheels available from 18- to 22-inches and an M bodykit. Practically speaking, there’s a 645-litre boot that expands to 1,860 litres when the seats are dropped, for an impressive load capacity. The split tailgate is designed to enhance access to the back of the car, and there’s even an electrically operated loadspace cover that stows under the floor if you don’t want it.

The new X5 comes with five seats as standard, but can be specced with seven if you need the extra passenger capacity. Rear seat entertainment is covered, with optional 10.2-inch touchscreens available for the back of the front headrests. If you don’t want to splurge for that, there’s always the panoramic sunroof option to give the kids something to look at. There are the usual creature comforts for the front passengers, but a neat touch is addition of heated and cooled cupholders in the centre of the dashboard.

The dashboard all looks fairly familiar from BMW’s recent efforts – there are two 12.3-inch displays in the front of the car. One takes care of the instrument panel and other details, the other sits in the middle of the dashboard and displays all of the infotainment system controls and information.

The new BMW X5 goes on sale in November 2018. There’s no information yet on specifications and pricing for the UK market, but be sure to keep an eye on uk.motor1.com for the latest information.