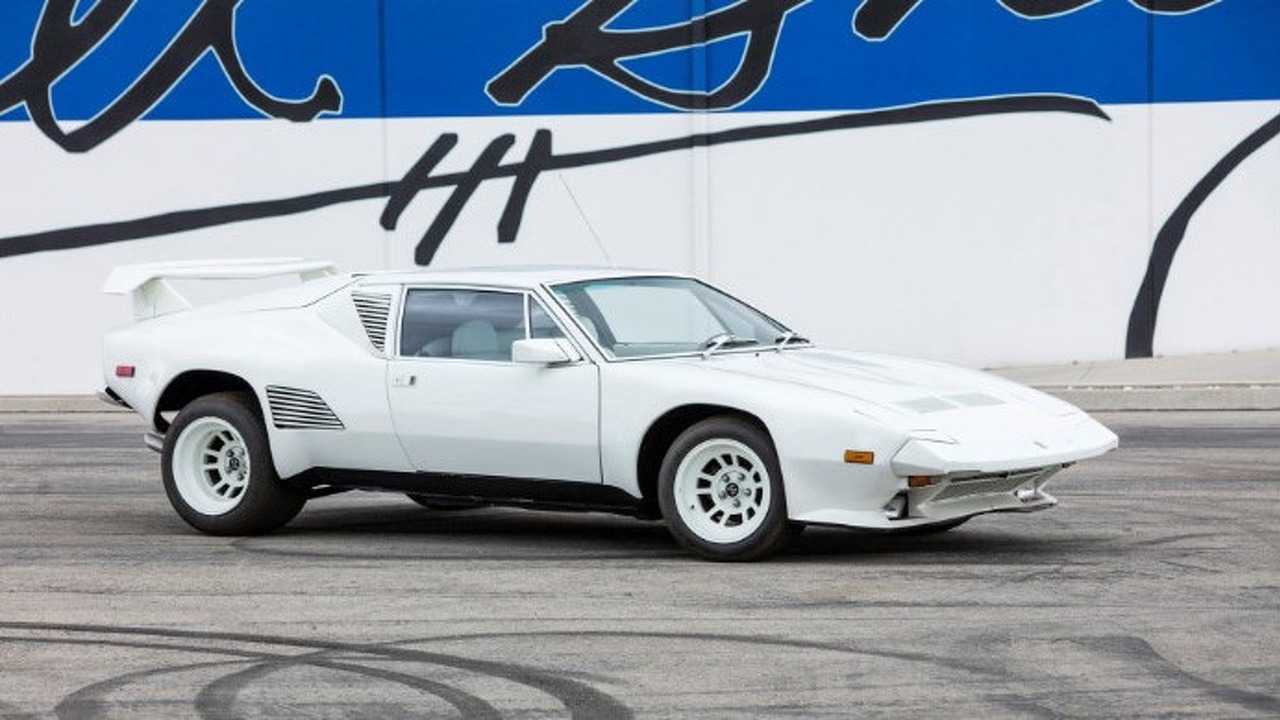 Somebody did, and the car is rather special.

Imagine opening the bonnet of your car, only to discover that the engine has gone missing. Well we hope the buyer of this 1987 De Tomaso Pantera GT5-S at a recent auction knew what he was letting himself in for when he spent nearly £170,000 on a car that comes with no engine whatsoever.

To put that into perspective a similar, perfectly working Pantera – complete with engine and gearbox – recently sold at auction for 'just' £136,000.

How can a car that doesn't exactly function as a car command such a high price tag? Well, this particular vehicle has one Carroll Shelby's name in the log book. The legendary American racer-turned-tuner owned the car, but ditched its Ford V8 and used it as a development prototype for the very first Dodge Viper. The car was equipped with a number of drivetrain and suspension setups during its life.

Check out these Legends:

Legend has it that Shelby wanted the Viper to use a twin-turbo V8 similar to that in the Pantera, by Chrysler instead opted for a V10 the size of a small planet to give the car more 'exotic appeal'. Sure enough, since the Viper only three other series produced supercars, plus the limited run Lexus LFA, have come with V10 engines. Meanwhile pretty much every supercar, cement mixer, and pencil sharpener comes with a twin-turbo V8 these days.

Bonhams – who sold the car at the Greenwich Concours d'Elegance auction in Connecticut, along with a number of other cars from Shelby's private collection – describes the car as 'a great candidate for resurrection.'

'Its next owner can experiment with the powertrain of their choice and build the car to their own tastes,' reads the car's listing on the auction house's website, although just how much spare change the buyer will have after forking out for the rolling chassis is anyone's guess.

The car also comes with a Shelby vehicle authenticity certificate certifying that it was owned by Carroll Shelby, although we're not sure how good a piece of paper is as a means of propulsion.