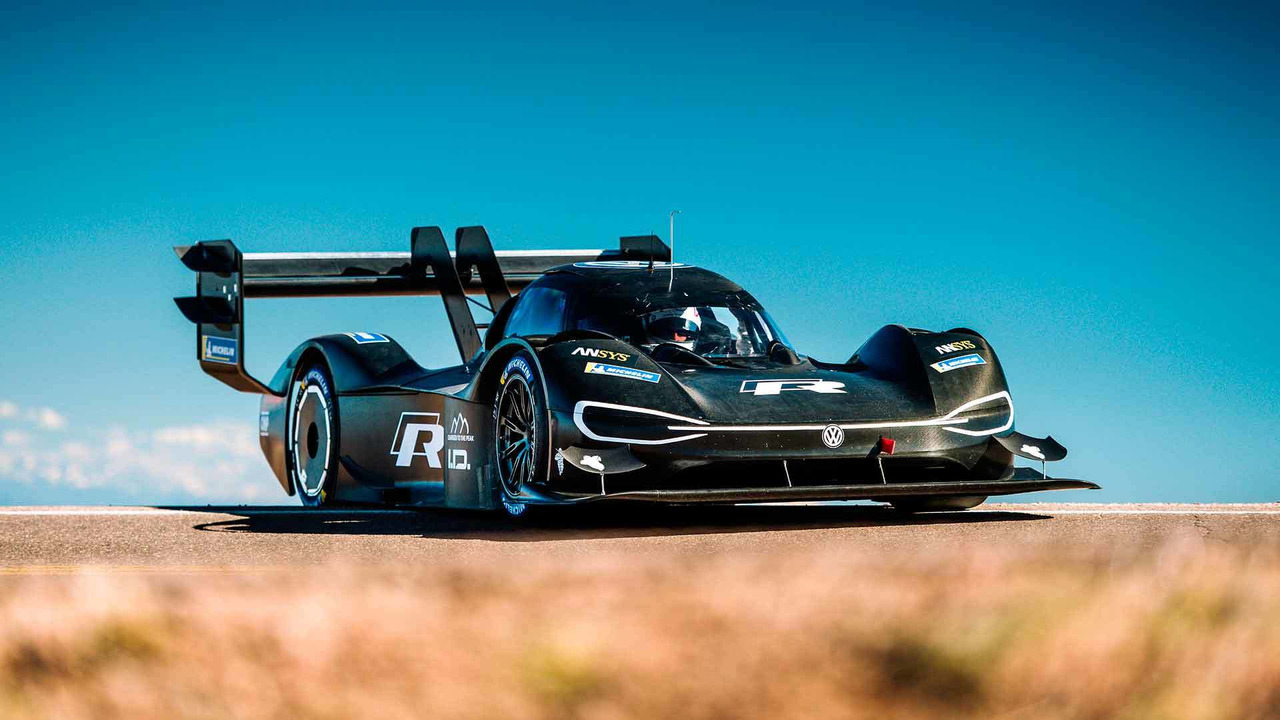 The all-electric car is aiming for a new record.

The German manufacturer has established a permanent base near the hillclimb in Colorado in order to continue testing ahead of the race in just under three weeks. The Volkswagen I.D. R Pikes Peak's initial runs up Pikes Peak were during a three-hour window when it had exclusive access to the track which also serves as a public road.

'The news from Colorado is very positive: we are on schedule with the preparations for the I.D. R Pikes Peak and can now focus on the fine-tuning,' said Volkswagen Motorsport director Sven Smeets. 'It is the result of a very strong team performance, initially here in Germany and now by our team on site in the USA. If we continue to work with focus and motivation, we are in with a good chance of setting a new record time for e-cars on 24 June.'

Former Porsche Le Mans driver and three-time Pikes Peak winner Romain Dumas handled driving duties for the test, and will also be driving the car on June 24 when Volkswagen attempts to break the electric record at the event.

'The I.D. R Pikes Peak is the best car that I have ever driven up this mountain. The acceleration and cornering speed are really impressive, and on top of that the car is very convenient. Thanks to the electric drive, I don’t need to change gears and can focus on the line instead,' said the Frenchman. 'But it goes without saying that there is always room for improvements. In the remaining test drives, we will continue to optimise the tuning.'

'I know the track at Pikes Peak like the back of my hand, but it is the first time I will be driving a racing car with electric drive,' he added. 'I am learning with every metre I drive in the cockpit of the I.D. R Pikes Peak.'