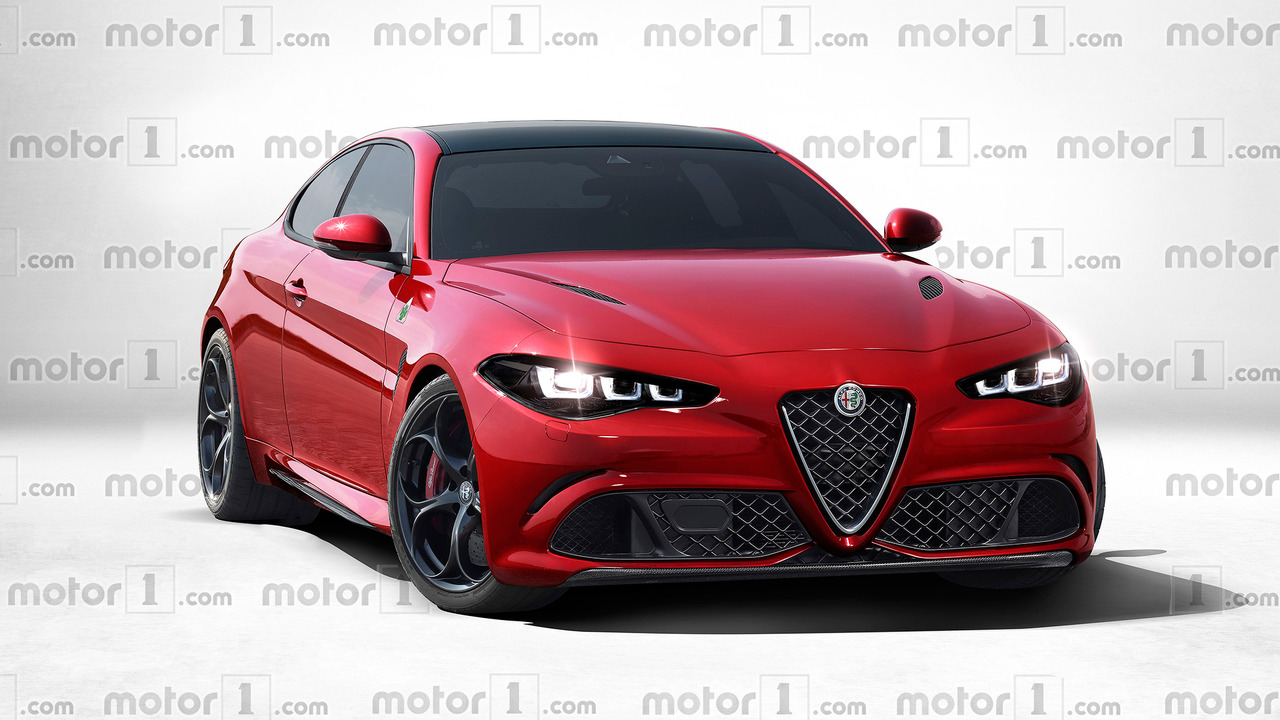 The Italian carmaker has confirmed its new sports coupe will have over 600bhp.

Is this what the new Alfa Romeo GTV is set to look like? The big news of the Fiat Chrysler Automobiles five-year plan announcement to day has been the revelation that the Italian carmaker is set to introduce a fourth-generation successor to the lithe GTV models that date all the way back to the 1960s.

The new two-door, four-seat car will be based on the Giulia saloon that was launched to mild applause back in 2016 – we've taken the liberty of putting together a render of what the new car will look like based on that car. Using the Quadrifoglio underpinnings, the new GTV will have a perfect weight balance with 50 percent divided between the front and rear, as well as all-wheel drive and Alfa's torque vectoring system.

As for the engines, only the most powerful Quadrifoglio 2.9-litre twin-turbo V6 version has been mentioned by Alfa so far, which will have over 600bhp thanks to the engine's development in collaboration with Ferrari and the further benefit of the E-Boost hybrid system that has increased power over the standard engine by 25 percent and also, says Alfa, eliminated turbo lag entirely.

The guidelines from management back when the first Giulia GTV was produced in 1965 were to create a fast car that could offer four seats and a good boot. That first version gave way to a second-generation car in 1980 and then another Pininfarina-designed number in 1995.

As well as the new GTV, Alfa Romeo has also announced that a second-generation 8C supercar is on the way, which will have more than 700bhp on tap thanks to a hybrid powertrain similar to that proposed for the new GTV.