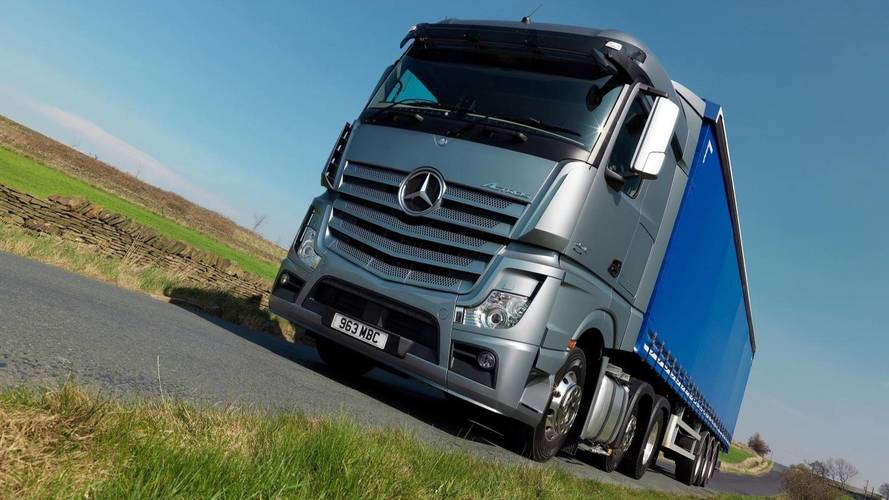 A leading haulage association has questioned whether the French port of Caen is becoming ‘the new Calais’, after one of its executives said HGV drivers were being threatened by gangs of migrants.

Derbyshire said the situation was so bad that some companies were refusing to let their drivers use the Portsmouth-Caen channel crossings.

McKenzie told the show that the problem was ‘very worrying’.

‘There’s a lot of evidence of a real and present threat to the lives of drivers who are just doing their job – trying to get goods to the UK,’ he said.

‘The difficulty is when lorries stop - or are forced to stop by makeshift roadblocks - and the migrant gangs attempt to get on board lorries. And they do that often with either threats of violence towards drivers or indeed threats of rape towards female drivers - we have evidence of that in Calais - but the real threat to drivers of both sexes is massively there in Caen and it is deteriorating.’

A spokesperson for Brittany Ferries, which operates crossings between Caen and Portsmouth, said the firm was working with authorities to ensure security at the port, which is also known as Ouistreham.

‘Since 2015, security measures and procedures have been significantly tightened at all our French ports, including Ouistreham. It is therefore very hard for those seeking to access the port illegally to do so,’ he said.

‘A consequence of robust port security is that migrants, who are often part of highly organised criminal gangs, are attempting to access lorries before they get to the port. Brittany Ferries deeply regrets that its freight customers are being targeted and will continue to work with all relevant enforcement and security authorities in the UK and France to do everything it can to share intelligence and prevent these infractions away from our ports of operation.’