Mercedes-AMG secretly showed the new Project One in Monaco 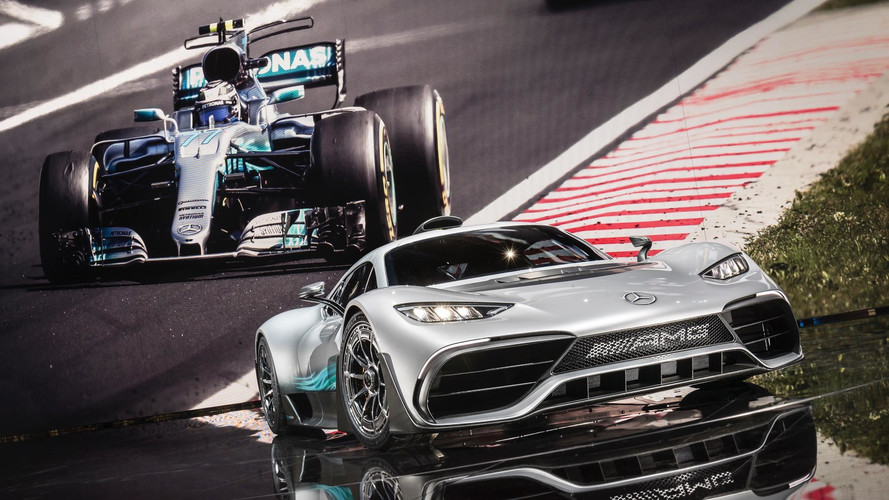 A poorly kept secret, mind you.

The Mercedes-AMG Project One has to be one of the most anticipated hypercars in recent memory. Well, this and maybe the Aston Martin Valkyrie. Both are ushering in a new era of supercars that was started by the likes of the Ferrari LaFerrari, McLaren P1 and Porsche 918.

The AMG Project One is a combination of brute force and mild electrification – the company unveiled the Project One at the Frankfurt motor show back in September 2017, and it appears the German carmaker is still tooling the car around to potential – or already committed – customers. The the_luxurious_cars Instagram account caught the Project One trying to make a secret appearance in Monaco.

Looking through the photos, you’ll notice the Project One has an unusually tall ride height compared with previous photos we've seen of the car. No, this isn’t some off-road version – rather, the added ride height is likely from some sort of suspension extension used for protection during transportation. The last thing Mercedes would want is to damage its multi-million-pound hypercar delivering it to potential customers. That would just be bad business.

Check out more Project One:

Even though it’s been months since Mercedes-AMG made the Project One official, there’s still a lot we don’t know. The powertrain – a combination of a turbocharged 1.6-litre V6 and two electric motors that power the front wheels – produces around 1,000bhp, and the car is said to tip the scales at around 1,300kg, but no one is quite sure yet what the figures actually are.

Mercedes plans to produce just 275 examples of the Project One, but the company says that it has received at least 1,100 purchase requests. It’s not like Mercedes is dragging the car around the place begging for people to buy it. Instead, the company is likely showing customers what they’ll soon have in their own driveways – and boosting the image of the company with an impressive halo product in the process.