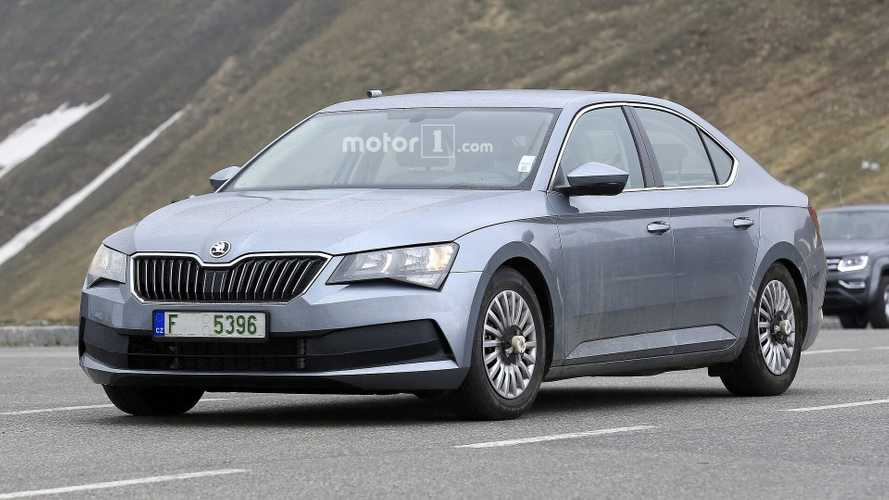 Our money is on a new powertrain currently being tested for the upcoming facelift.

Skoda has been testing prototypes of a future Superb version since at least August 2016 when our spies first caught it on camera. Fast forward to September 2017, the very same car was once again spotted and it was joined by a similarly camouflaged estate. The plot thickens as this week another Superb was seen and it did not have any camo whatsoever.

There is something going on with the front bumper as the sides of the lower grille remain hidden underneath black pieces of plastic, but we wouldn’t call that camouflage. Also noticeable are the discs fixed to the centres of the wheels, which is usually a sign that a prototype is being tested with a new engine. Other pieces of the Superb puzzle worth mentioning would have to be the wires sticking out of the rear doors, the laptop on the front passenger seat, and the weights positioned on the rear bench.

So, what is actually going on with this camo-free prototype? While we can’t be entirely sure, our money is on Skoda testing a powertrain – either a new combustion engine or the plug-in hybrid setup the company has already announced. The flagship model from the Czech Republic will get a partially electrified powertrain in 2019 when the Kodiaq SUV will also get a plug-in hybrid system.

Maybe this is what Skoda was testing, a powertrain expected to have a lot in common with that of the European-spec VW Passat GTE. The latter will go through the usual midlife facelift later this year and if it will be blessed with a better powertrain providing improved efficiency, there’s a good chance the Superb plug-in hybrid will get it as well.