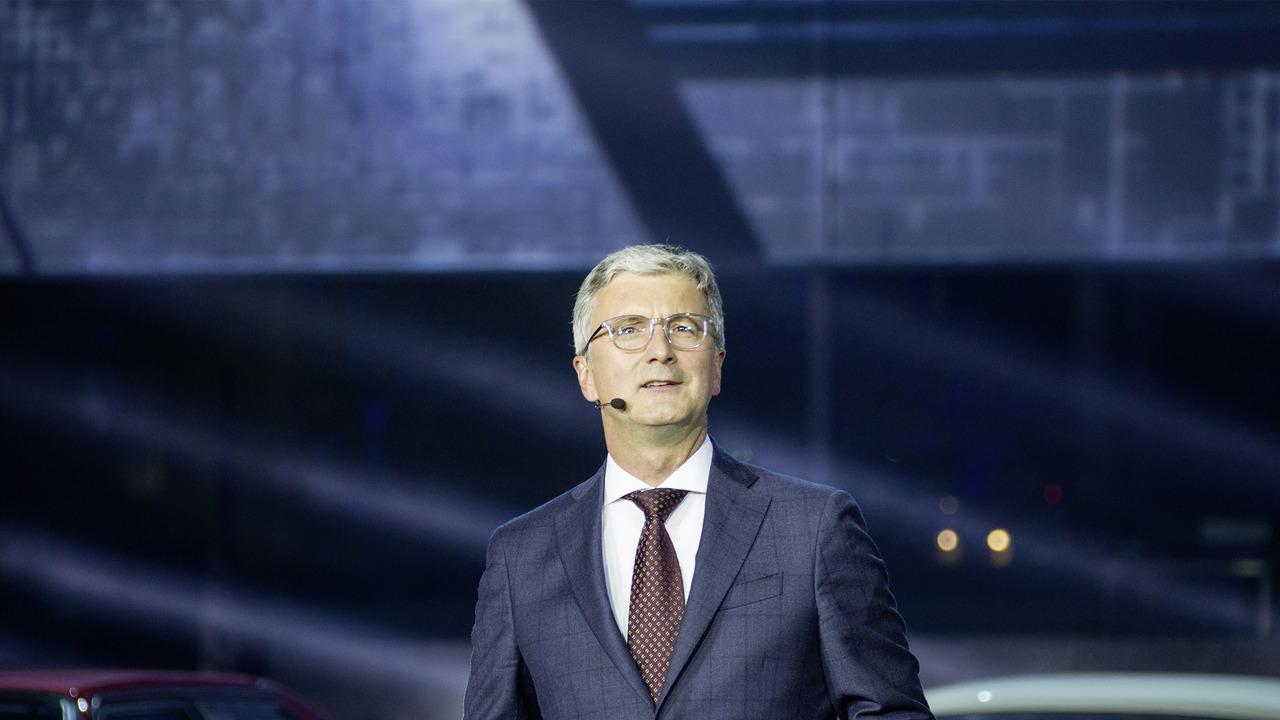 Rupert Stadler won't be following his Volkswagen couterpart out the door just yet.

Despite rumours that have dogged him for months, Audi CEO Rupert Stadler is insisting that he's staying on at the German carmaker – because the company hasn't finished finding defeat devices in its cars yet. Stadler made the surprising admission in an interview with a German newspaper this week.

Fresh reports and allegations keep emerging about the diesel emissions scandal that has engulfed not just Audi and parent company Volkswagen Group, but has caused problems for the whole of the automotive industry, with demand for diesel in Europe dropping dramatically in the last 12 months.

Recently Volkswagen CEO Matthias Müller was ousted in favour of former BMW veteran Herbert Diess in a move that was said to be an attempt to draw a line under the saga. While parent company Volkswagen has been central to the events of Dieselgate, Audi hasn't exactly been innocent all the while – surprising then that Stadler continues to helm the premium brand.

Speaking to German newspaper Augsburger Allgemeine, Stadler insisted that he would not step aside fromt he company, and even admitted that further recalls could be on the way. 'We are still running into issues that we report immediately to regulators,' he said. 'The diesel crisis hasn’t yet ended.'

'I feel responsibility, and as long as I have the full support of the supervisory board and management, I accept this responsibility to solve the problem and lead the company into the future,' Stadler insisted.

Earlier this month Audi discovered emissions-related problems with 60,000 more of its cars, with the company saying that it had forgot to remove software from some of its cars. The discovery comes more than two and a half years after Volkswagen first admitted cheating US diesel emissions tests.

Everything You Need To Know About Dieselgate
++