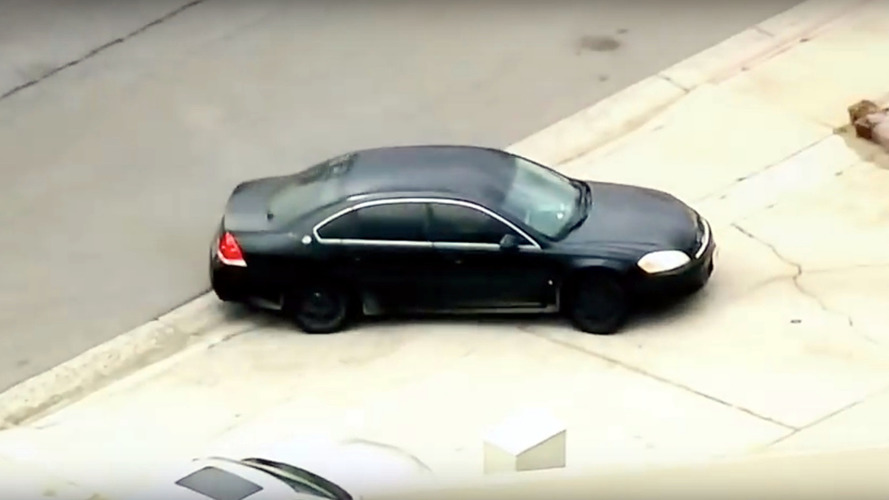 The KTLA crew got Baby Drivered following a suspect's car through Los Angeles.

The Americans love themselves a nice police chase, and it seems that US news outlets specialise in live coverage of such events where whole families can settle down with armfuls of popcorn and rapturously cheer on the baddies and the heroes (whichever way round you fancy those being) while taking in every swipe and handbrake turn.

Unless you happen to be watching KTLA in Los Angeles, that is – the channel’s news helicopter was covering an epic two-hour event that started in the Anaheim region of the city, but the camera operator got confused as the suspects went underneath a bridge.

These police cars are handy for a chase:

Alpine A110 reimagined as a sporty French police car

The cheeky criminals seemed to pull a move known to many from the car chase movie Baby Driver, as the news chopper swapped the Toyota Camry it had been following for a black Chevrolet Impala that promptly pulled off the freeway and stopped at a petrol station, baffling the news anchors who were continuing to narrate the scenes even as it became obvious they had the wrong guy. It’s arguable when exactly they should have realised that the game was up – the innocent driver’s car might have been a different model, but it did look remarkably similar. Of course, it didn’t have a smashed rear light like the police chase car. And then the seemingly relaxed driver gets out at the shops in his hi-vis jacket…

The driver of the stolen Camery didn’t manage to evade police attention, of course, but the two-hour chase at speeds of up to 125mph passed through three different counties before the driver was finally arrested by police and taken into custody along with his female passenger.

According to local reports no one was hurt during the incident, although several news presenters had to be treated for severe confusion.