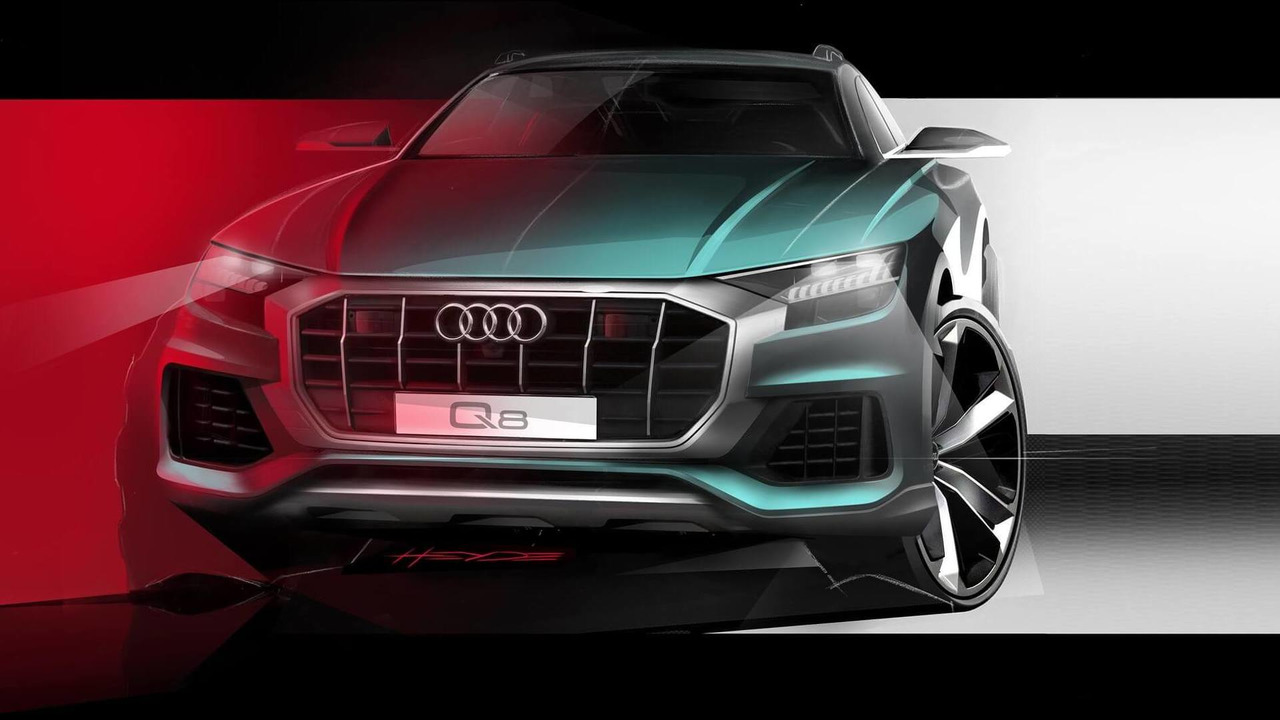 The extensive teaser campaign will end on 5 June when Audi's flagship SUV is finally revealed.

Audi is clearly very keen on promoting its new flagship Q8 SUV – you certainly won't miss the fact that it's on the way, thanks to an array of teaser images, a five-video series looking at the development of the car and even some design sketches from the team of scribblers at Ingolstadt who have come up with the look of the car.

Having seen the Q8 and Q8 Sport concepts last year, the sketch seems quite familiar and it goes to show that the production model won’t stray away too far from the show models. Perhaps the most novel feature on the new car compared with other Audi models is the new take on the firm's single-piece grille.

The German carmaker is keen to emphasise that the Q8 represents a new development of the company's design language, taking inspiration from the legendary Ur-Quattro of the 1980s. The front end design is quite bold and makes the luxurious SUV look imposing – as it should considering it will sit on top of the Q range with a price tag to match its status. Multiple creases on the bonnet, high-tech LED headlights and a thick silver frame for the grille all contribute to the Q8’s strong appearance.

A previous teaser sketch published a couple of weeks ago gave us the chance to see the rear end design with its continuous brake light and angular exhausts neatly integrated in the bumper. Front and rear skid plates along with chunky side skirts give the Q8 a rugged look typical for an SUV, but with a sporty vibe similar to the Lamborghini Urus.

Speaking of the Lamborghini SUV, the Q8 and Urus share the same platform that the Volkswagen Group has put to good use in the Bentley Bentayga, Audi Q7 and new Volkswagen Touareg models. The interior has not been teased so far, but spy shots from September 2017 reveal a dashboard design that will have very much in common with Audi’s trio of high-end models – the A8, A7, and A6.

Want to see all of the information on the new Q8? Fear not, all is set to be revealed next week at the Audi China Brand Summit Shenzhen event held in Shanghai on 5 June.