Citroen benches Brit WRC driver because he's had too many crashes 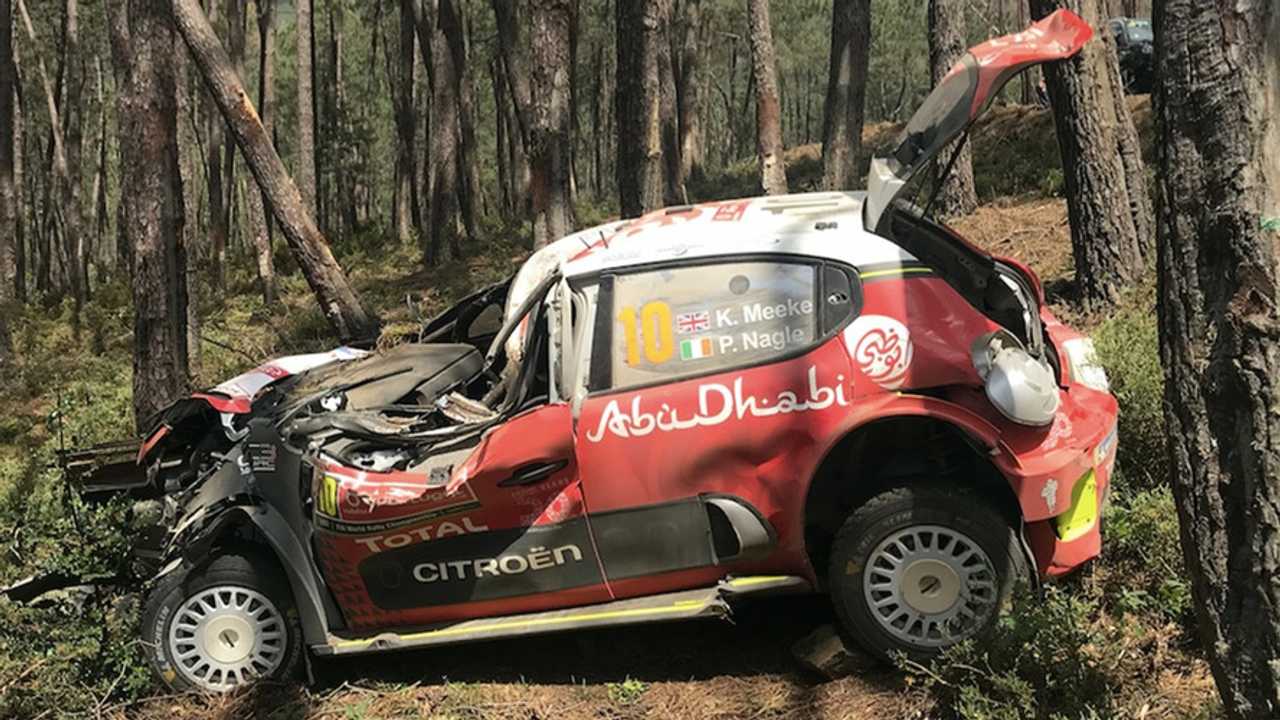 Kris Meeke has been sidelined for the rest of 2018.

Citroen has benched its British rally driver Kris Meeke from its line-up for the rest of 2018 because he's had ‘an excessively high number of crashes’.

Meeke was airlifted to hospital for checks after a massive accident at the most recent WRC event in Portugal last weekend. Back in 2017 he was initially signed up to spearhead Citroen's factory WRC return that year but ended up only seventh in the championship and was briefly sidelined from the team in early summer following a poor start to the year.

Citroen team principal Pierre Budar said Meeke's accidents meant he had decided to change the line-up on ‘safety’ grounds: ‘This wasn’t an easy decision to make because it affects a driver and a co-driver, but it is largely founded on safety issues which come under my preoccupations as team principal.’

Citroen issued a terse statement announcing the move, saying that Meeke was being dropped because of ‘an excessively high number of crashes, some of which were particularly heavy and could have had serious consequences with regard to the crew’s safety’.

Citroen has yet to announce its revised driver plan for the rest of the season.

Citroen CEO Linda Jackson had strong words for the company’s WRC team where she spoke at an event launching the new C5 Aircross SUV in Paris, emphasising that she wasn’t happy with the outfit’s performance. ‘Am I disappointed this year? Believe me, I am. And I have expressed that,’ she explained. ‘I’m not happy with the performance of the team this year. Who would be? The car is working well, but we haven’t quite got the drivers in sync.’