Ford can control the weather in its new factory 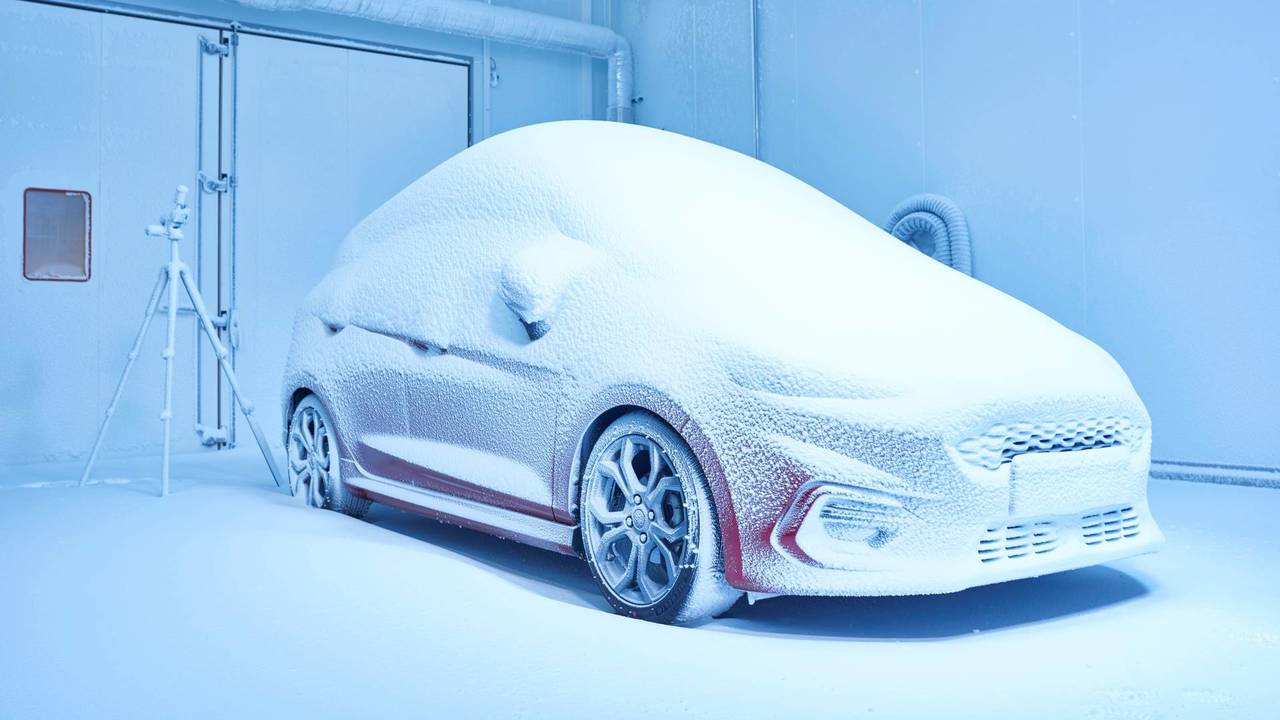 The Blue Oval is taking testing to the extreme.

Ford takes the testing of its cars very seriously. We've already seen how it developed a robotic backside to test its car seats, but now the US carmaker is playing god by controlling the weather.

At Ford’s new state-of-the-art Environmental Test Centre at John Andrews Product Development Centre in Cologne, Germany the company can simulate a variety of testing conditions on 10 cars simultaneously on an area the size of a football field. It allows for conditions akin to the Sahara desert in December and snow in July, as well as having the capability of generating up to 95 percent humidity. What's more, the facility can also simulate category five hurricanes.

'The vast range of punishing simulation tests will enable Ford drivers to be confident their vehicles can handle whatever climate zone they live in,' said Joe Bakaj, head of product development for Ford of Europe. 'Travelling to the four corners of this building is like taking a trip to the four corners of the world, and our engineers will do that around the clock, every day, to continue to develop future best-in-class vehicles.'

'The Environmental Test Centre represents a significant investment for Ford of Europe that will help enable the company here to develop vehicles for global markets,' added Bakaj.

Ford invested over £61 million in the development of the centre, which also has the ability to simulate conditions up to 5,200 metres, making it the first automotive testing facility in the world capable of simulating conditions up to such an altitude.

The new development centre is the hottest, coldest and most humid place in Europe, and home to the highest point in Western Europe. Quite an achievement.