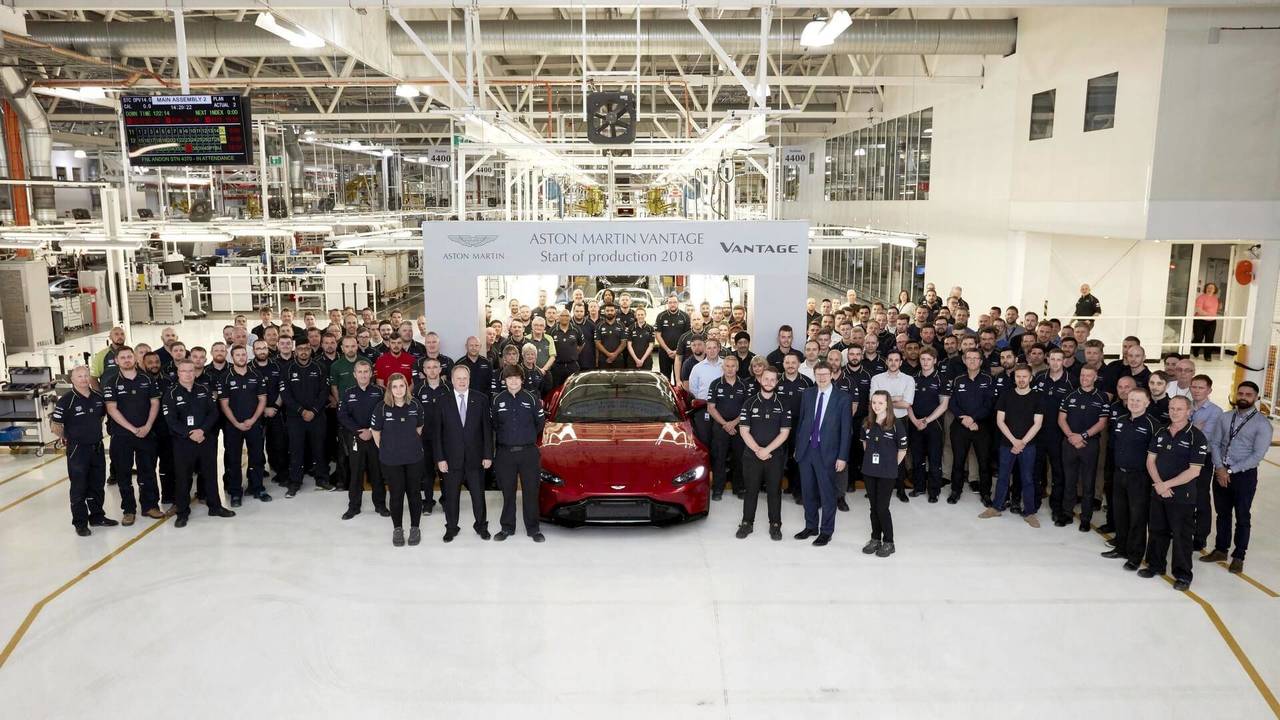 Aston Martin's latest creation is unleashed into the wild.

The first production models of the new Aston Martin Vantage rolled off the production line at Gaydon this week ahead of first customer deliveries later this month.

The Vantage is powered by a 503 bhp 4-litre twin-turbo unit from AMG, the same V8 engine offered in the DB11, and it replaces the previous normally aspirated Jaguar-engined Vantage that was available for 12 years.

'Today marks an exciting moment for the entire company and an important day in the history of Aston Martin,' said Aston Martin CEO Andy Palmer. 'The outgoing Vantage was the single most successful model in Aston Martin’s history and we believe its successor will surpass that.

'We will do this by retention of our important existing owners and through repositioning of the car, create new customers in new countries,' he continued. 'The new Vantage ticks all the boxes for a luxury sports car and unashamedly aspires to be the best in its segment.'

Business secretary Greg Clark was complimentary of Aston Martin's efforts at the carmaker's factory, praising the British-built ethos: 'Aston Martin is an iconic brand that is an integral part of Britain’s proud automotive heritage. Through our modern industrial strategy we are building on this success, and the new Vantage is a British-built car exemplifying the skill and innovation that sets the UK auto sector apart from its competitors.'

The new Vantage joins the Rapide S and the DB11 in Aston Martin's range – both are also produced at Gaydon. The new Vantage is the second of seven new cars set to be launched by the brand in the coming seven years. The next one to arrive will be the Vanquish-replacing DBS Superleggera which is set to be revealed later this year.