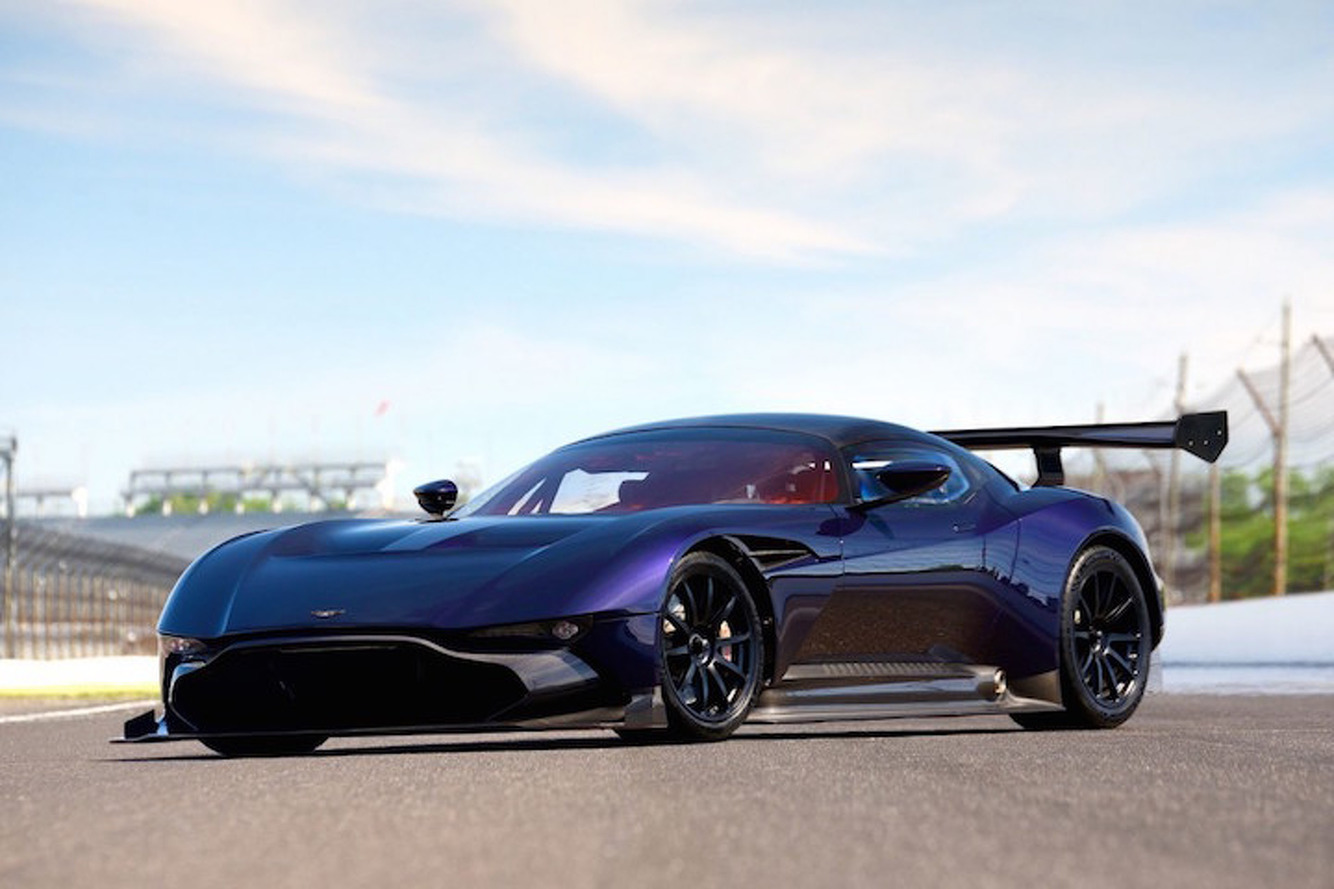 Finally, someone is racing a track-day special.

A couple of months ago we ran a feature looking at what it would look like if track day special supercars were actually entered into races.

Well, it looks like Aston Martin paid attention, because its bonkers track-only toy, the Vulcan, will be making its race debut at Le Mans next month. The car will compete in the Aston Martin Festival race on Saturday morning ahead of the 24 Hours of Le Mans.

Only a handful of the 820bhp car were delivered, but none were built to specific race regulations, and as such haven't competed yet. Instead they've been used exclusively in Aston Martin-organised track day events.

It was originally supposed to make its competitive debut in July 2016 at an Aston Martin Owners Club race at Snetterton but despite plans to run 'one or two',  none entered the club event.

'We've been running the track day programme with our customers for a while now and there is a small element wanting to race them,' said Aston Martin Racing president David King. 'The cars are built to a full-race specification in terms of safety, so we are happy to give them that chance.'

Three Vulcans will take part in the event which will also likely include GT1-spec Aston Martin DBR9s, Vantage GT2s, GT3s, and GT4s, and well as ther recently-replaced Vantage GTE.

A number of high-profile drivers have already signed up to the race, including former Aston Martin chairman David Richards, whose Prodrive organisation has run the company's racing activities since 2005.

As well those celebrity pilots, there will be a handful of drivers with connections to the factory team. Lasse Sorensen and Benny Simonsen – the younger brothers of Marco Sorensen and Allan Simonsen, who died at Le Mans in 2013 driving an Aston Martin – and Aston racer Alex Lynn's father Shaun are other names signed up for the race.