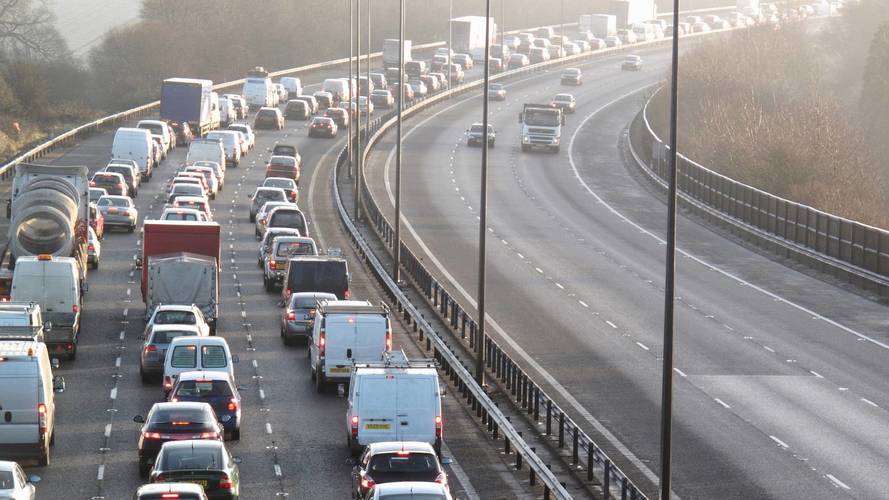 Four road workers were injured by motorists in a three-month period last year.

Road workers on English motorways and A-roads report an average of almost 300 near misses and abusive drivers every week, according to new analysis.

Highways England found that workers on the nation’s 4,300 miles of strategic road network were facing a range of incidents, from motorists driving into coned-off areas to physical abuse.

Of almost 3,500 incidents reported during the three months between July and September 2017, 150 of them were deemed serious, with four road workers and two motorists being injured in the process.

Mike Wilson, who is the chief highways engineer at Highways England, said: ‘While we plan our maintenance and improvement works to minimise inconvenience to drivers, some road closures are necessary, and ultimately for the benefit of road users.

‘Drivers who selfishly and illegally ignore these traffic restrictions force their way through are putting both their lives and those of our road workers at risk – all to save a few minutes on their journey.’

And it isn’t just physical danger that is being faced by those working on the roads. Since October 2014, Highways England’s employees have faced 341 incidents of verbal abuse, with traffic officers seemingly bearing the brunt of the vitriol.

Adie Whiting, 33, worked for Interserve on behalf of Highways England as a traffic control safety officer, tasked with laying out cones, signs, barriers and temporary traffic signals. The father of three said he had suffered multiple barrages of abuse from motorists while doing his work.

‘I’ve been sworn at a lot, physically threatened on occasions and even had someone try to run me over once,’ he said. ‘You have to have a thick skin doing this job.’