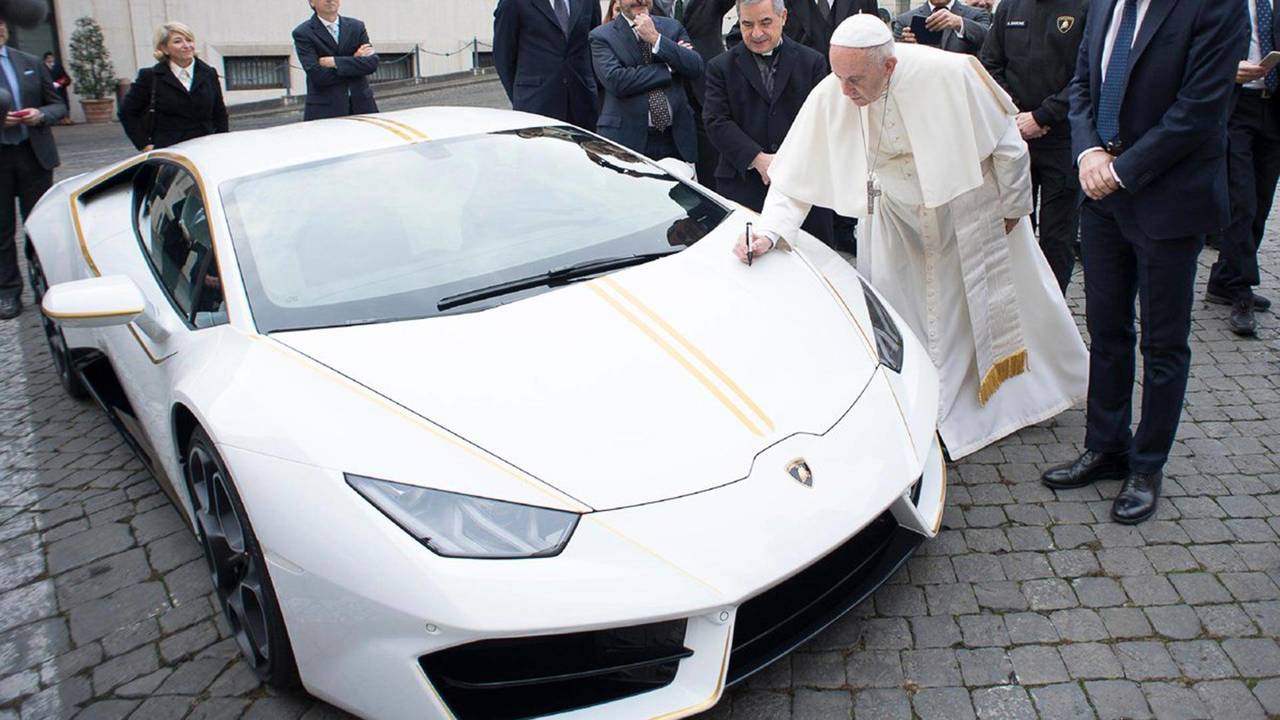 A one-off Lamborghini Huracan that was donated to the Pope last year has raised more than £630,000 for charity.

The supercar, which was specially prepared by Lamborghini’s Ad Personam personalisation department, wore the white-and-gold colours of the Vatican City flag. The car was also signed by the Pope himself.

After being given to Pope Francis in November 2017, the car was auctioned on Saturday (12 May) by RM Sotheby’s at the Grimaldi Forum in Monte Carlo.

Some of the money will be used by two Italian organisations to aid women and children in Africa, while another portion of the money will also go to the Pope John XXIII Community, which helps women who have been victims of trafficking and other kinds of abuse.

A further undisclosed amount will be given to the Pontifical Foundation, which will use the money to help the Christian community return to the Nineveh Plain, in Iraq, by rebuilding their homes and places of worship.

Augustin Sabatié-Garat, car specialist at RM Sotheby’s, said: ‘We are honoured to have hosted such a hotly contested bidding war for this unique Lamborghini Huracan. We give thanks to His Holiness Pope Francis for donating the sale fee to charity, and for Lamborghini for gifting the car, as we are pleased to have played a part in sourcing money for good causes. The fact that this car sold for nearly three times its estimate, and much higher than the model’s standard retail price, is telling of how much interest it attracted.’