Volkswagen has revealed a roadgoing version of its TCR race car at this year’s GTI Meeting at Wörthersee. The Volkswagen Golf GTI TCR Concept is the most hardcore version yet of the Mk7.5 Golf GTI and despite its current ‘concept’ status, is destined for production at the end of 2018.

If you’re thinking the GTI TCR Concept is some kind of successor to the GTI Clubsport S, then sadly, don’t. The Clubsport S may have used the same turbocharged 2-litre engine that features here, but it developed 306bhp rather than the GTI TCR’s 286bhp. The manual only Clubsport S also experienced a military grade weight loss program that, among other things, saw the removal of the rear seats. It was limited to 400 units worldwide and all of those were swallowed up in the same time it takes you to say TCR. 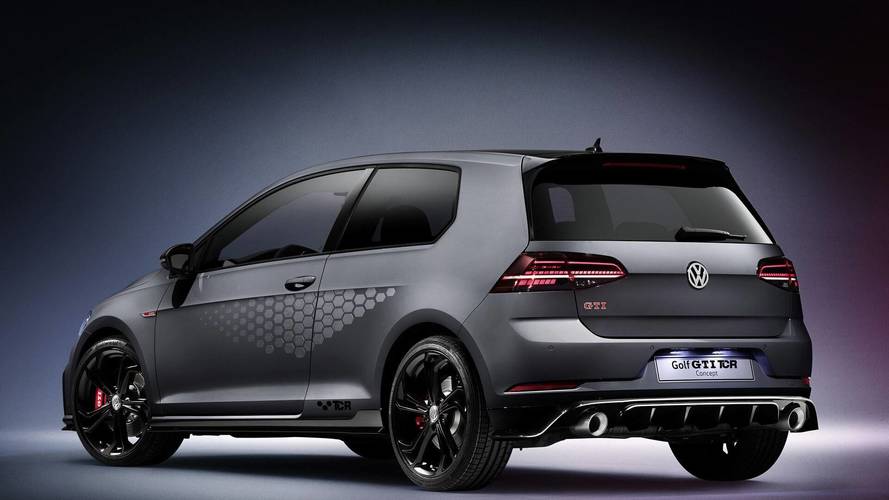 Volkswagen is yet to divulge the 0-62mph figures or kerbweight of the seven-speed, dual-clutch-equipped GTI TCR, but we’re not sure it'll be setting any new records. Instead, think of this special GTI as a way of improving the provenance of a race series that was only established in 2015. Since then, Volkswagen Motorsport has experienced some strong success, not just building and delivering more than 100 customer racing cars, but winning the global TCR Series in 2018. We’ve already driven the actual TCR race car and, in summary, it is a riot.

Inside has been subtly remodelled too, including a new microfibre upholstery design for the sport seats, door inserts and gearlever cover, plus a flat-bottomed steering wheel that gets a red 12 o’clock stripe. Customers will also be able to order a sports bundle that adds 19-inch alloy wheels and Dynamic Chassis Control (DCC), drops the ride height by 20mm and removes the speed limiter to let the GTI TCR top out at 168mph.