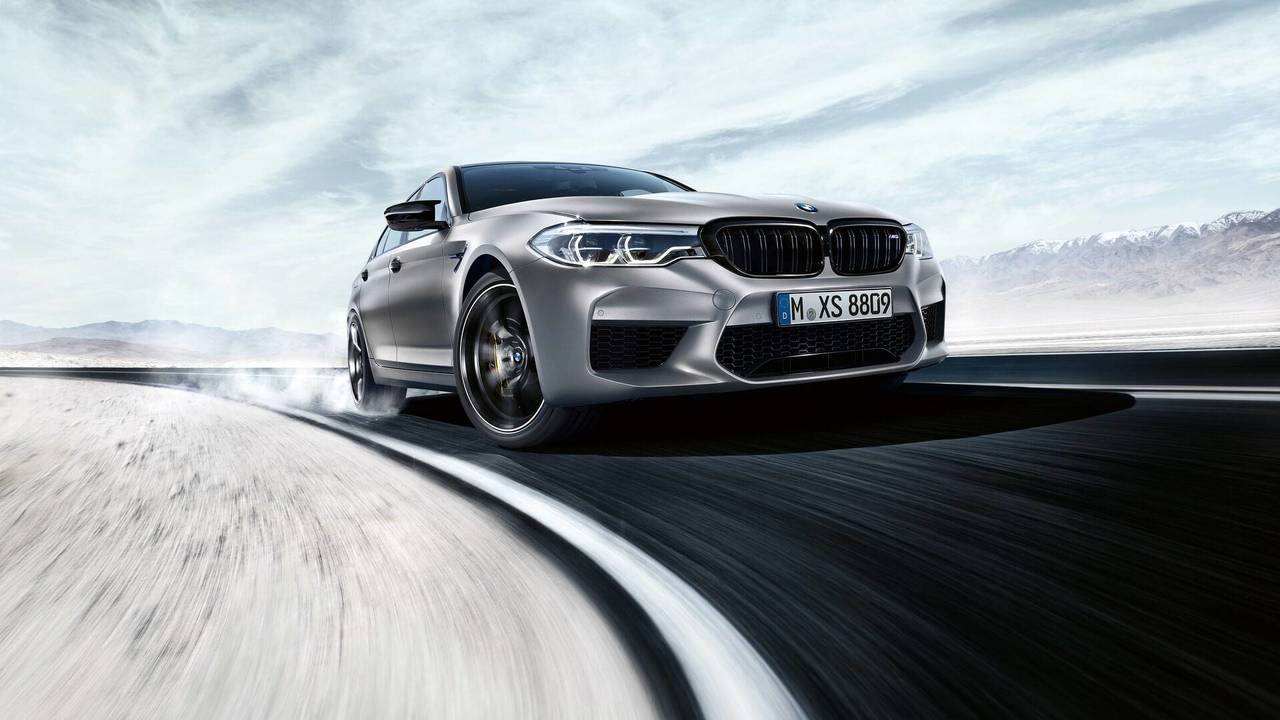 The Competition badge is going to make a standard 'M' look boring.

So this is the new BMW M5 Competition. It’s much like a standard M5, only everything is different.

What isn’t new? The car’s twin-turbo V8 engine has received an upgrade to produce 617 bhp and 553 lb-ft of torque, the suspension has been modified with bespoke upgrades and lowered by 7 mm, there’s gloss black styling trim around the outside and the Competition version of the M5 also gets bespoke 20-inch light alloy wheels with mixed-size tyres.

Is there anything else?

Lots more – it’s been a very detailed overhaul. The M Division boffins have even drilled down to the level of changing the engine mounts – the ones feature a higher spring rate to provide a much firmer connection between the drive unit and vehicle structure. Says BMW: ‘This has a noticeable effect on the car’s responses, the sharpness of its turn-in and the experience of the engine’s soundtrack inside the car.’ So there.

But why the new car, isn’t the M5 fast enough?

BMW says it has tried to create a ‘rarefied aura’ about the new M5 Competition. It’s hoping that the Competition badge will mark out the best of the best among its M cars, with everything including the kitchen sink getting thrown at the rocket-powered machines.

What about the numbers?

Can I take it on the track?

BMW really wants you to go for a spin (not literally) in this new M5 Competition. All-wheel-drive system has been fitted, and the car has an active differential on the rear axle for extra traction. There are even three track-specific driving modes available that you can select from behind the wheel – 4WD, 4WD Sport and a 2WD option that drives the rear wheels only and turns the stability control off.

Trying to sneak home? There’s a special button on the dashboard you can press to make the car quieter or louder, depending on what you fancy.

Great. When can I buy it?

The BMW M5 Competition is on sale now priced at £96,205 on the road, with deliveries set to take place in September 2018.