As many as 200 cars could be used for the service.

Jaguar's first all-electric vehicle, the I-Pace, is already getting to work as part of a new chauffeur service at Heathrow Airport.

The service, which is being set up by Jaguar in partnership with WeKnowGroup, will see as many as 200 I-Paces used to ferry passengers to and from the UK's biggest airport, forming what will be one of the country's biggest all-electric car fleets.

'What we have created in the Jaguar I-PACE is utterly revolutionary; a desirable, luxurious and state-of-the-art electric vehicle that’s practical for genuine everyday use, including the tough life of an airport luxury chauffeur car,' said Jeremy Hicks, Jaguar Land Rover UK's managing director.

'We have had huge interest and positivity from our customers worldwide. We’re also delighted that this endorsement extends to some of the biggest corporations on the planet. Through our partnership with Waymo (formerly Google self-driving car project) and this latest deal with Heathrow and WeKnowGroup, we’re excited to be bringing the electric future to more people than ever before.' 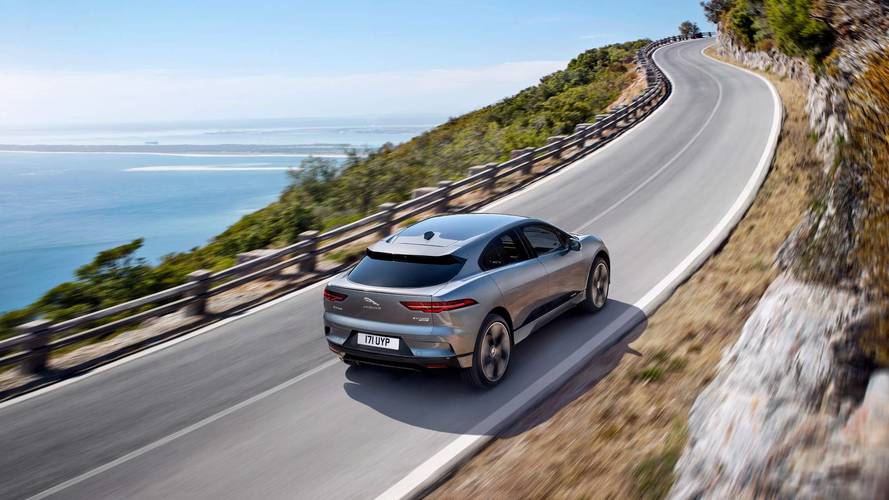 The service will begin running in summer following the initial delivery of 50 I-Paces, which comes with the option of a further 150 based on the service's success.

The new SUV comes with a 395bhp electric drivetrain, that helps it to reach 62mph in just 4.8 seconds. Power comes from a 90kWh lithium-ion battery, giving it a total range of just under 300 miles. It can reach 80 percent charge in just 40 minutes on a 100kW charger, which are set to be introduced across the UK in the coming years.

It is loaded with technology too, such as having the ability to automatically cool down or heat up the batteries while it is being charged to ensure the car is in peak condition when it's time to set off. Jaguar's new Touch Pro Duo infotainment system also has a smart satnav that examines the upcoming route to give the most accurate assessment of remaining range, bringing an end to the dreaded 'range anxiety' that puts so many people off buying electric cars.