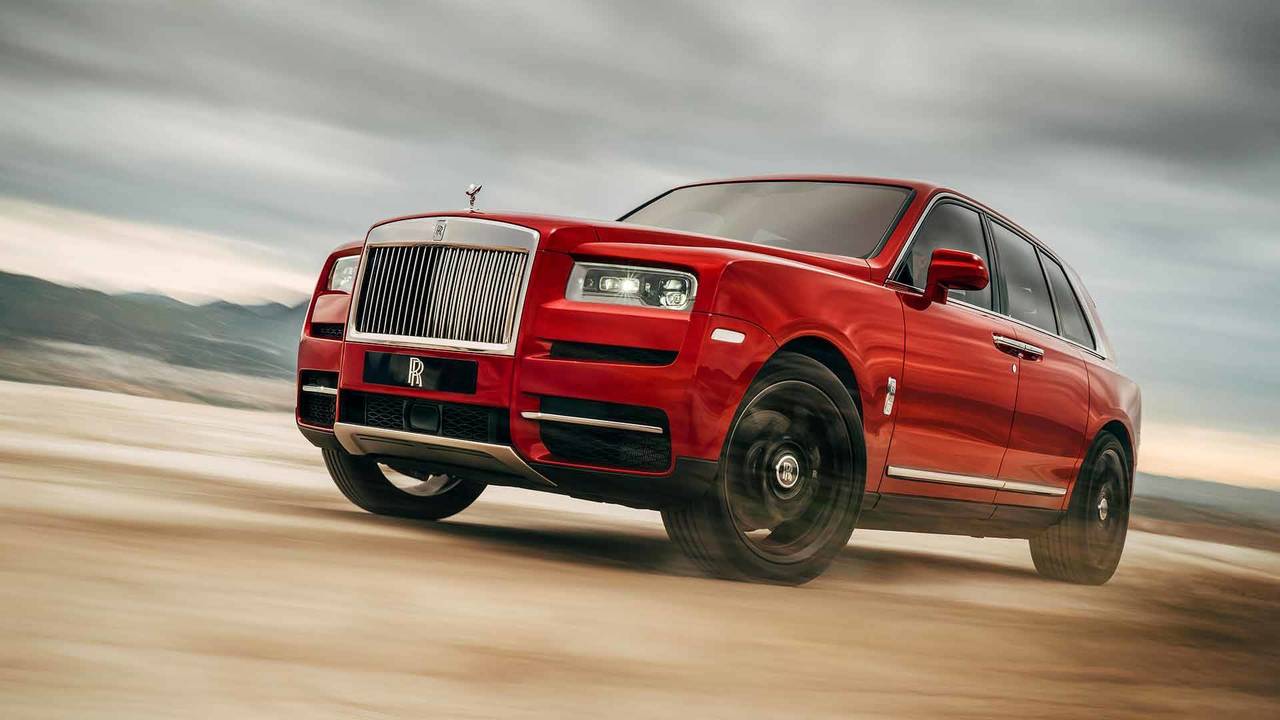 These are the first official pictures of the Rolls-Royce Cullinan, the first SUV in the luxury carmaker’s 112-year history.

The Cullinan joins four other models in the current Rolls-Royce folio – Phantom, Ghost, Dawn, Wraith – and is designed to play a very different role. This is the first ‘do-it-all’ Rolls-Royce; a statement car that can help with the school run in the weekdays, whisk you to the opening evening of Swan Lake at the Royal Opera House and then tow the horsebox to your next polo match at the weekend.

But the concept of modern luxury today has become as much about owning experiences as it is actual things, and the Cullinan is the car that, Rolls-Royce says, will be able to facilitate that next level of go-anywhere luxury thanks to four-wheel drive, a maximum 54cm wading depth and a suite of driver modes.

Its name was inspired by the Cullinan Diamond, a 3,106-carat jewel extracted from a South African mine in 1905. After being split into nine stones, the two largest were used in the British imperial crown and the Sovereign’s Sceptre with Cross.

The Cullinan measures 5.3m long, 1.8m tall and weighs 2.6-tonnes, yet Rolls-Royce makes no apologies for its sense of scale and function. Indeed, these were the two core desires from its luxury clients. In the metal, the cabin is noticeably more spacious than a long-wheelbase Range Rover and you are drawn to the strong vertical lines, the fast roofline, and pantheon grille that sits proud and forward. You’re also aware at a lack of prettifying; there is no Bentley-esque chrome embellishment going on here, and look at the slender, discreet tail lights.

It’s also the first SUV to feature a set of electrically folding coach doors and what designers call a ‘three-box’ silhouette. It’s a body-style that harks back to the coach-built era of Rolls-Royce, when luggage sets were mounted on the exterior of one’s motor vehicle. Today, your latest Pollock or Louis Vuitton luggage set is secure within a capacious 560-litre boot, but the space between boot and Cullinan cabin can be glass sealed to increase refinement and maintain that perfect drinking temperature for passengers, even when your driver is loading bags.

There are two rear seat configurations on offer: a more functional ‘Lounge Seat’ for three or a pair of individual seats, complete with fixed rear centre console for your decanter or latest bottle of Hervé Dubois. Only the Lounge Seat can electrically fold down, and while the loading bay isn’t entirely flat, Rolls has created some underfloor storage for the parcel shelf, plus a ramp in the boot floor that can be raised to slide longer items in.

Inside is adorned with seemingly limitless levels of wood, chrome and the leather of Alpine bulls; selected so because there are fewer bugs at altitude and bulls don’t get pregnant and develop stretchmarks. There is no floating ‘Gallery’ dashboard design up front – that remains exclusive to the flagship Phantom – but there are other, trademark Rolls signatures, such as the analogue clock, power reserve gauge and wheel-mounted gear selector.

Only one engine will initially be offered and it’s Rolls’ venerable 6.75 litre twin-turbocharged V12, delivering 563bhp and 627lb ft of effortless torque, all mated to an eight-speed ZF automatic transmission. As you’d expect, switching from driving on road to in sand dunes will be as easy as rotating a dial. Rolls played with the idea of a low-range gearbox and developing enough wheel articulation to go rock crawling but according to product bosses, 'the cost to ultimate luxury would not have been acceptable'.

The Cullinan is available to order now, with prices expected to start in the region of £300,000.