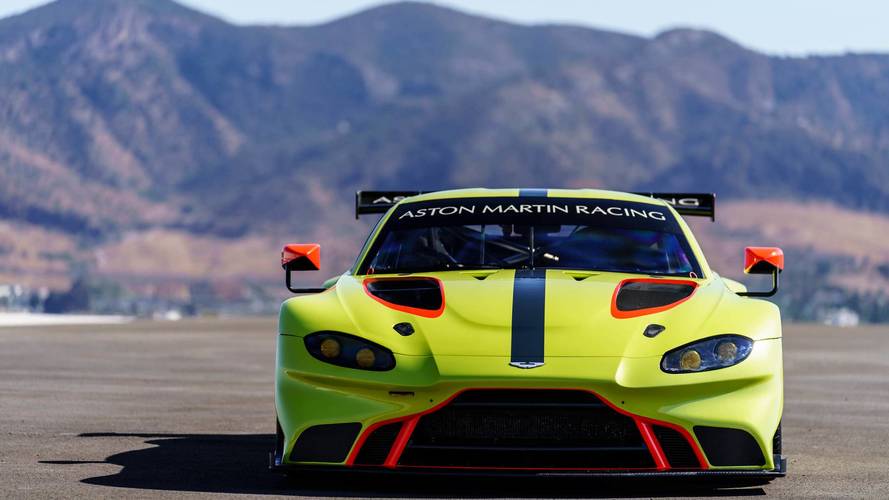 A GT3 and GT4 vantage will follow the GTE.

Fresh from the reveal of its new Vantage GTE contender, which will debut this weekend, Aston Martin has announced two new racing cars which will be ready in time for the 2019 season.

The first of which will be a GT3 racing car and unlike the company's current GT3 contender, will be based on the GTE car (pictured below with the road car) and powered by the same AMG-derived V8 engine as opposed to a V12. The move is similar to Ferrari which based its latest GT3 car on its GTE racer.

Prodrive-run Aston Martin Racing is once again undertaking the development of the car, which will cost £395,000.

'Basing the car on the GTE Vantage offers economies of scale; if you have developed a new gearbox it makes sense to use it in the GT3 as well,' AMR managing director and Prodrive motorsport boss John Gaw told Motor1 UK's sister publication Autosport. 'The new car will have different aerodynamics and the driver aids allowed in GT3.'

'GT3 is important to Aston Martin, both as a customer category and because of the number of big races for the cars around the world,' he added. 'We are very proud of the heritage we have established as a leading supplier of customer GT cars, with customers racing our cars all around the world.'

GT3 homologation rules dictate that 10 cars must be built in each of the cars first two years of production. Since the previous Vantage GT3 was introduced in 2012, 42 have been built with 37 sold.

Despite being introduced seven seasons ago, the Vantage GT3 is still a competitive package. A Vantage GT3 won the opening round of the British GT championship last month in the hands of Aston Martin factory driver Jonny Adam and Flick Haigh, who became the first woman to secure a pole position and an overall win in the series.

"That longevity is something that separates us from other manufacturers," said Gaw.

Aston Martin Racing has also announced a GT4 version of the Vantage will be introduced next season. Unlike the upcoming GT3 car, the GT4 will be production based, sharing many components with the road-going model.