Nikola is suing Tesla over its electric truck 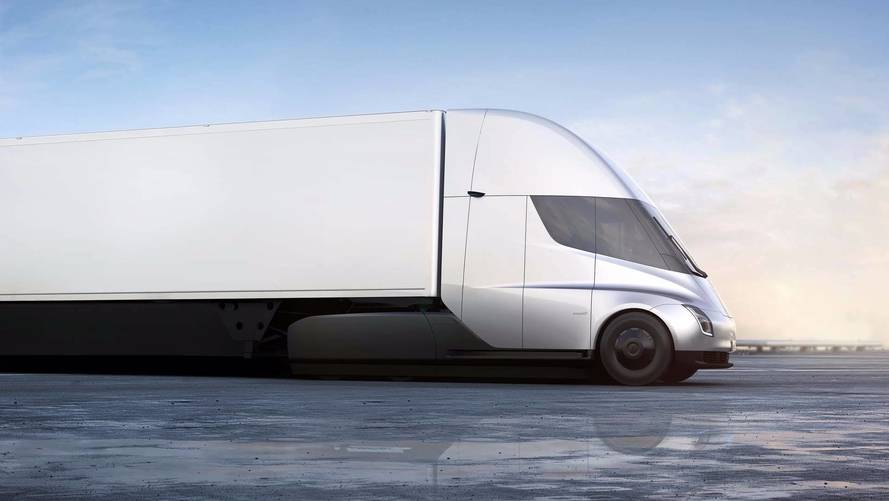 Sometimes the news writes itself.

Tesla is in trouble once again, this time facing legal action for violating patents with its upcoming all-electric truck.

The patents, filed with the U.S. Patent and Trademark Office between February and April of this year, cover the windscreen, door, and bodywork design of the similar Nikola One which it claims the Tesla Semi is 'substantially' based on.

Nikola Motors has said that the potential patent violation could cost it around £1.5 billion, but Tesla has shot down any suggestions of wrongdoing.

'It’s patently obvious there is no merit to this lawsuit,' a Tesla spokesman told Reuters.

Tesla's truck, first revealed back in November 2017, comes with an all-electric drivetrain that promises a 500 mile range and the possibility of adding 400 miles of charge in just 30 minutes.

The Nikola One, which was first shown in December 2016, meanwhile will have 320-kilowatt-hour lithium-ion battery with a hydrogen fuel cell range extender that allows it to have a range of around 1200 miles. To support the range extender, Nikola is planning to build a network of 364 fueling stations across the US.

Tesla aims to start manufacturing its truck next year while full manufacturing of the Nikola One is slated to begin no later than 2020.

A big surprise at the Telsa truck reveal was the all-new Tesla Roadster. Following on from the original, the new electric sports car claims to be capable of 0-60mph in just 1.9 seconds and 0-100mph in 4.2 seconds. Tesla also claims a crazy top speed of 205mph. Production is expected to begin in 2020.