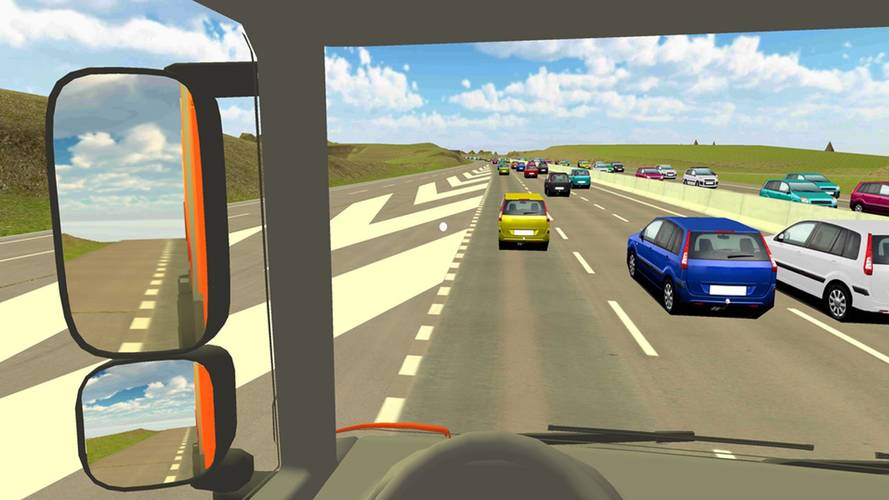 High-tech headgear shows truckers what they're missing... in their mirrors

Using a smartphone-based VR app, the technology simulates the view from a truck cab on a busy motorway, and is designed to educate truckers about what they can and can’t see from the cab.

However, Highways England says the technology could also benefit private drivers by giving them ‘a sense of what commercial vehicle drivers experience every day’.

The app simulates five scenarios, including joining a motorway from a slip road, overtaking and tailgating, as well as offering users the choice of left- and right-hand drive truck cabs.

According to Highways England, it is hoped that this will teach foreign drivers that they need to adjust their mirrors and drive differently when they come to the UK.

‘We have set ourselves the long-term vision that no-one should be harmed while travelling or working on our roads, and within that is doing all we can to help reduce collisions involving lorries, because they tend to have a greater impact when they occur,’ said John Walford, Highways England’s commercial vehicle incident prevention team leader.

‘They most commonly occur when trucks change lanes or attempt to overtake and using this technology allows us to provide a realistic environment for commerial vehicle drivers so that they can experience the impact of not using their mirrors to check blind spots. It’s just one of the steps we’re taking to help improve safety for this valuable group of drivers and ultimately everyone who uses our network.’