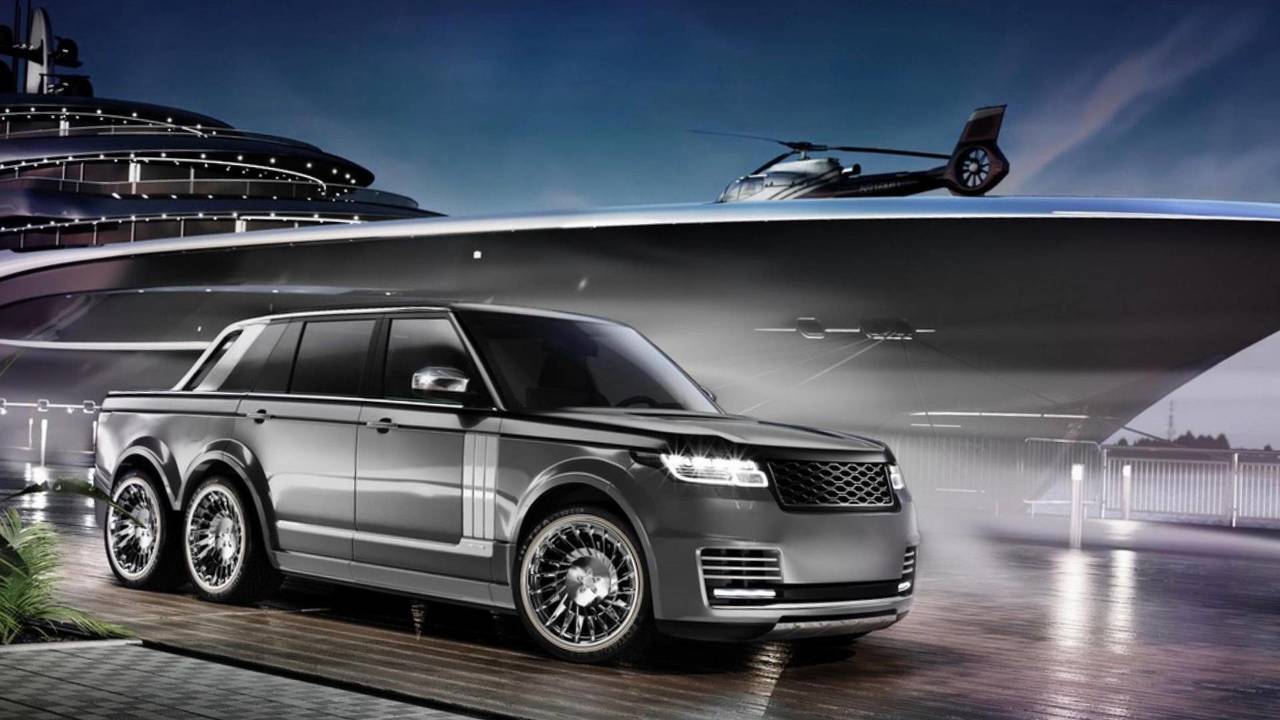 The 6x6 Range Rover will debut later this year.

When us mere mortals imagine being filthy-rich it’s hard to picture a boring day of the week. Luxury yachts, helicopters on tap and a chair made of pure gold would be just the beginning. But the reality is that rich people get bored of all the stuff they can buy and crave the things that are much harder to obtain. Things like the Range Rover SLT.

This custom-made monstrosity is a six-wheeled Range Rover created by T.Fotiadis Design for the super wealthy. SLT stands for Superyacht Land Tender and the idea is that people described as 'style ambassadors' would use it to traverse the land while their floating hotel waits in the harbour.

T.Fotiadis Design usually sticks to building boats, but it has added an extra set of wheels to the full-fat Range Rover. The body extension and flatbed now makes this 6x6 longer than a Ford Transit van! You can have your pick of the usual Range Rover engine menu, but we’d expect most to go for the supercharged V8 motor. That said, an environmentally friendly eccentric might opt for the hybrid powertrain.

If the SLT isn’t your thing, you could always buy what every other millionaire has, a Mercedes-Benz G63 6x6. This 536bhp monster is likely more capable off-road than the Range Rover will be, but we doubt it will fit in most yachts. In fact, it’s 3.7 tonne weight might just sink your seafaring palace.

Pricing has yet to be announced for the Range Rover Superyacht Land Tender, but expect it to be the most expensive accessory, barring a helicopter, on your next yacht purchase. The SUV will make its debut at the Monaco yacht show this September. Love them or hate them, the monster SUVs are here to stay.