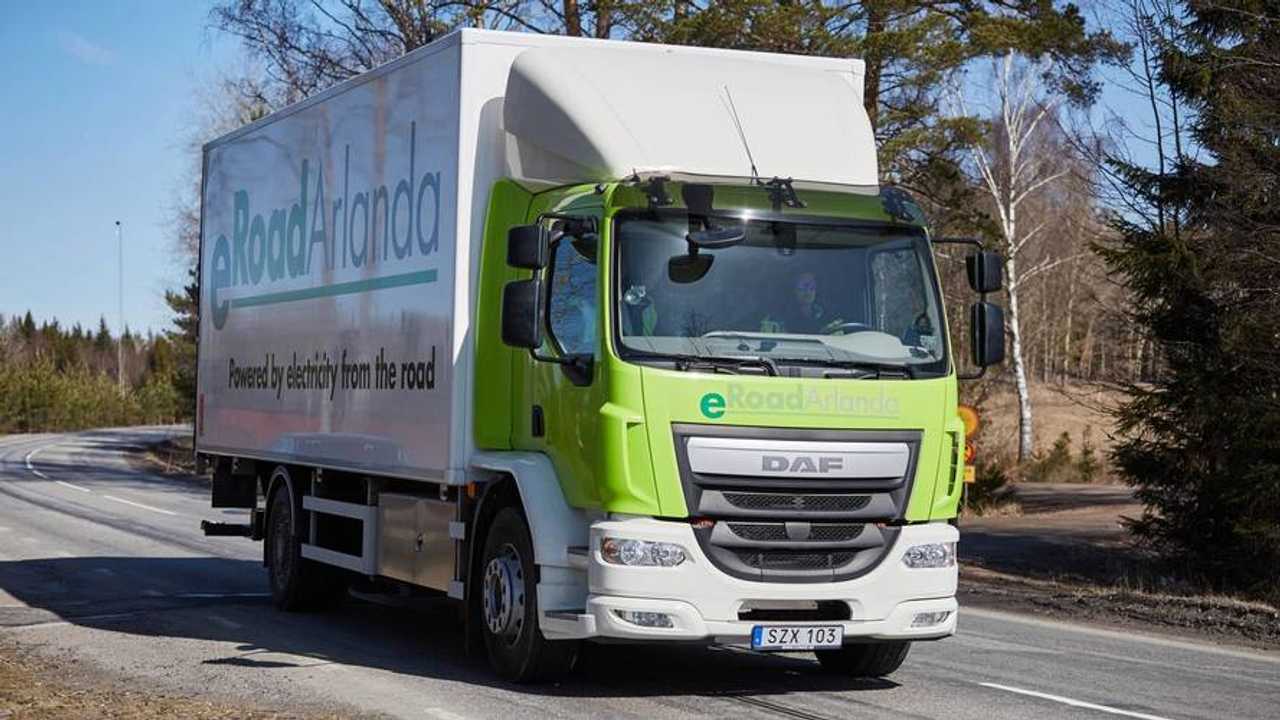 It's only a test right now, but soon all roads in the country could be like this.

What would roads be like if they were life-sized Scalextric tracks? We've all thought it, but now the Swedes have actually gone and done it.

Yes, in Sweden there is a stretch of road that is actually a real-world Scalextric track. It has been built to test a system whereby cars and commercial vehicles can charge while driving – using a rail in the road and metal contact points much like the age-old Christmas favourite. It works by having an extendable arm come out of the vehicle to connect with the rail automatically.

Trucks are primarily testing the road at the moment, which is a one and a quarter mile stretch just outside outside Stockholm Arlanda airport. It's part of Sweden's plan to be completely rid of fossil fuels by 2030.

Weather, as you'd imagine, would be a concern. Thankfully they've thought of that too. The road has been tested in rain and snow and neither have caused any significant problems. A drainage system rids the track of rain, while the arm move excess dirt and gravel out of the way too. As for the groove hampering motorbikes, that's a non-issue too. It's too narrow to have any impact. What we don't know is if the Swedish Transport Administration has thought about the possibility of cars and truck sliding off the road and hitting skirting boards.

Eventually the system could takeover all of Sweden's 12,427 miles of roads. The cost won't be massive either, at just over £800,000 for a kilometre. It'll be a huge step forward for electric mobility and all but do away with range anxiety which is still a big turn off for potential electric car buyers right now.