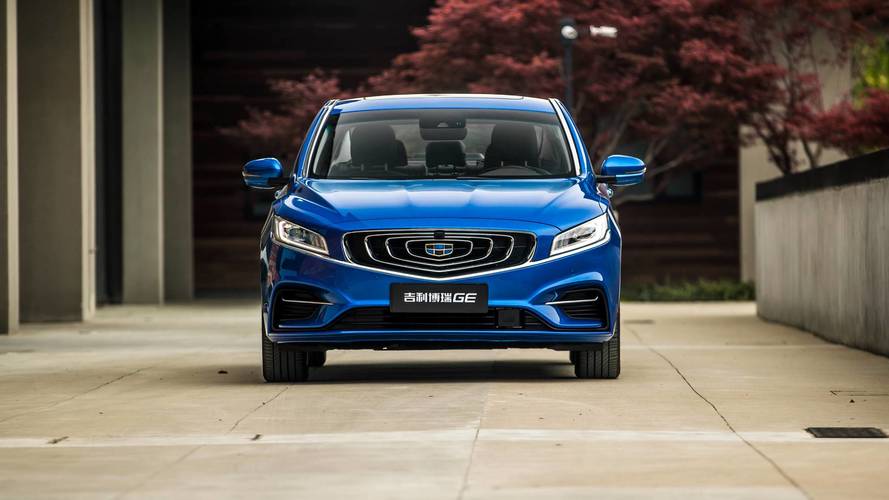 Geely has revealed a new flagship saloon model at the Beijing motor show – and for the first time it seems that a domestic Chinese car could be the one to set the bar for the rest of the world to follow.

The Bo Rui GE (pronounced bow ray) is the first Geely to come out of the new design centres set up by new head of design Peter Horbury, who has been pinched from Volvo to oversee design at all of Geely’s subsidiaries, including Lotus and LEVC, which makes the London taxi.

Horbury said that the new car wasn’t a reflection of Western influence, but rather a sign that tastes in China are changing: ’Chinese consumers have also become more sophisticated and mature than ever before. Working to satisfy the needs of this new generation of vehicle users has helped us evolved into a confident global brand capable of developing segment leading cars that contains subtle hints of its Chinese origin.’

Speaking at the reveal of the car, Geely CEO An Conghui said that the new Bo Riu GE has been designed as a practical choice in a new technological era: ‘We’re not making playthings for the rich,’ he said. ‘We’re making cars for people to use, not collect.’

The new saloon is available exclusively powered by a 1.5-litre engine on its own or with a plug-in hybrid setup with an internally developed seven-speed automatic transmission that adds power and cuts fuel consumption.

Peter Horbury gave reporters at the Beijing show an overview of the car, saying that the front and rear lights were inspired by Chinese lanterns and the ‘twist of a gymnast’s ribbon’, introducing the ‘expanding cosmos’ grille and an interesting interior that features a 12-inch touchscreen fitted flush in the dashboard.

Not only that, but there are exciting features such as brushed metal trim along the length of the front doors that is backlit at night, revealing a pattern of rectangles that adds drama at night. The car even comes with a touchscreen smart key as an option, which Horbury says can be used to check and control certain functions on the new car.

The car goes on sale in the next three months in the Chinese market and will then be rolled out to select markets around the world.