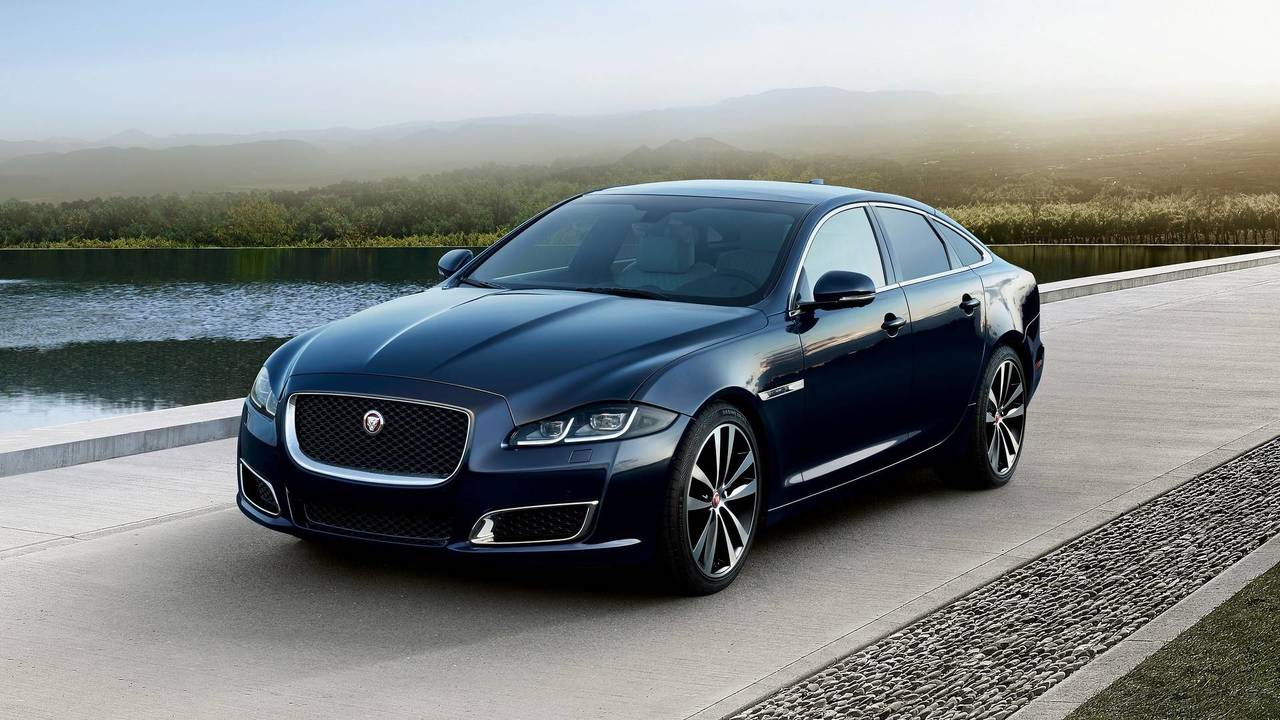 Inspector Morse would be proud.

Jaguar is celebrating 50 years of its flagship XJ saloon with a special edition that has been unveiled at the Beijing motor show.

The XJ50 celebrates everything the luxury model stands for with fancy quilted leather seats, huge 20-inch alloy wheels and some special badges. The car is available in a range of colours including Fuji White, Santorini Black, Loire Blue and Rosello Red.

‘Spanning half a century, the Jaguar XJ remains true to its heritage with a wonderful balance of beautiful design, intelligent performance and indulgent luxury that ensures it stands out from the crowd,’ said Ian Callum, Jaguar’s head of design. ‘This is a car worth celebrating and the XJ50 pays homage to a giant within the Jaguar brand that we believe is one of the world’s most stylish sporting saloons.’

The first XJ-badged Jaguar was sold in 1968, the last model at the Coventry-based carmaker to be influenced by the company founder Sir William Lyons. The original XJ6 and XJ12 versions were facelifted twice and sold in Series I, II and III guises. That first model ran from 1968 all the way to 1992.

Development of a replacement began in the late 1970s, with the XJ40 launched in 1986. It ran alongside the heavily revised original in Series III form for six years, only outlasting the old car by two.

The new version, introduced in 1994, was a tribute to the 1968 original, with curvy styling and quad headlights replacing the 1980s-tastic square lamps of the 1986 model. Facelifted in 1997, this car ran on until 2003. The blink-and-you’ll-miss-it overhaul of 2003 hid radical engineering underneath – the fourth-generation car had an-aluminium design to cut weight and was ahead of its time. Unfortunately, however, the world had moved on and those conservative looks weren’t doing it any favours.

The current-generation car was launched in 2009, a radical rethink of what had come before. The impact of its radical redesign might have dulled with age, but it was the car that put modern Jaguar back on the map. At nine years old, however, it’s starting to look a little tired, and a replacement can’t be far away.