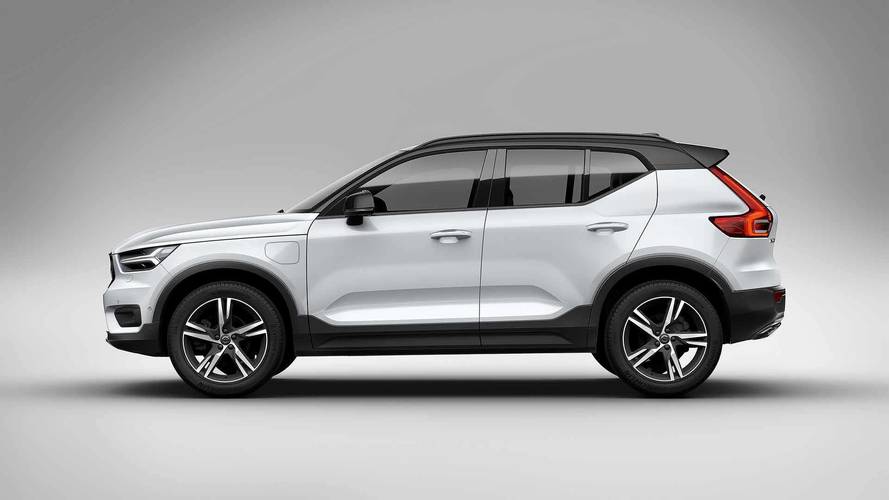 The car is powered by Volvo’s T5 Twin Engine powertrain, which combines a 1.5-litre engine powering the front axle with an electric motor sending power to the rearmost wheels.

The car has been launched as part of Volvo’s pledge to electrify its entire range of cars by 2025, adding fully electric and plug-in hybrid variants. A full EV version of the car is set to join the range in 2019.

Volvo CEO Hakan Samuelsson committed the company at the Beijing show to a new target of 50 percent of its cars sold by 2025 being electrified. The XC40 is built on a new modular architecture system that has been engineered from the start with electric propulsion in mind.

Full details of the powertrain have yet to be confirmed, but the XC40 uses the same setup as its Volvo siblings, with a petrol engine up front powering the front wheels and an electric motor at the back of the car powering the rear wheels, making the car four-wheel drive. The XC40 will likely use a smaller engine than the 2-litre unit found in the likes of the XC60 and XC90.

The latest version of the XC40 SUV was launched at the Beijing motor show, where the car was shown off for the first time. Volvo’s China boss Xiaolin Yuan said that the new car would build on the record numbers of cars sold in 2017 – the Swedish carmaker cracked 100,000 sales in the territory for the first time.

The XC40 was named European Car of the Year at the Geneva motor show in March, confirming the buzz around the car. Xiaolin confirmed that the company has already received 60,000 orders for the new car around the world.

You can check out our full review of the Volvo XC40 for more on this stylish SUV.