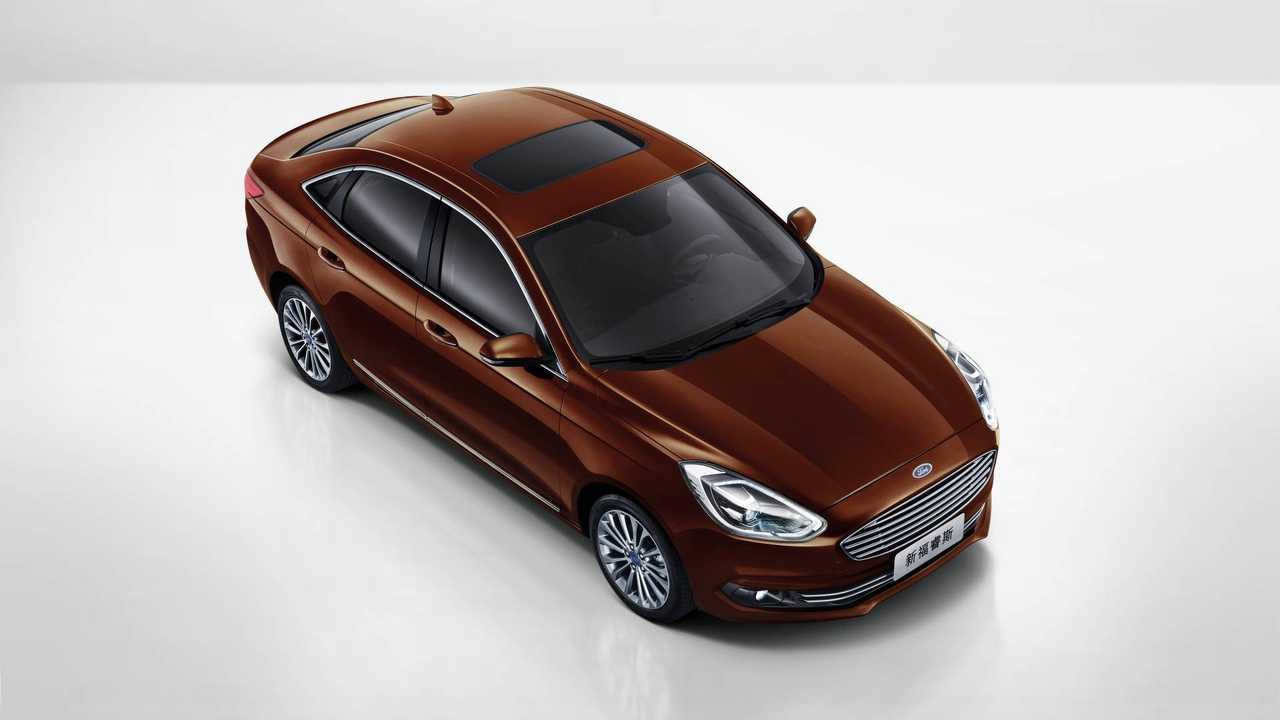 New Escort will be sold alongside the latest Focus

The Ford Escort has a long European history dating back to 1968. It has been everything from the family workhorse to multiple iterations of fire breathing rally cars. Ford’s famed RS badge was actually conceived with go-faster Escorts in mind, back when winning on Sunday translated into sales on Monday. The Ford Escort left Europe in 2004, but has now been reborn in China.

More from the Beijing motor show:

Exclusive to the Chinese market, the new Ford Escort will be sold alongside the recently revealed fourth-generation Focus. The nameplate first appeared in Asia back in 2004 as a saloon based upon an old Focus, but this new one receives Ford’s latest global car platform.

Many of its design elements blend together themes of the latest Focus and the one that came before. A large chromed grille dominates the front facia, a sloping roof meets a neat boot lid, while wrap-around taillights complete the car.

The interior is a bit more basic by European standards with flat plastic surfaces surrounding an 8-inch touchscreen display. Two-tone seats are available to inject a bit of character into the interior and attract younger buyers. It also comes with good levels of tech including a reversing camera, automatic wipers, electric seats and keyless entry. This car’s standard safety equipment was also awarded the full five stars from the Chinese division of NCAP.

Powering the Escort is either a 1.0-litre EcoBoost or 1.5-litre engine, both available with a manual or automatic transmission.

He Chaobing, executive vice president of Changan Ford Automobile Company said: 'The new Escort underlines our commitment to continue listening to our valued customers in China and evolve to meet their expectations.’

There are no plans to bring the Ford Escort to the UK at this point in time, but European buyers should be plenty satisfied with the shiny new Focus.