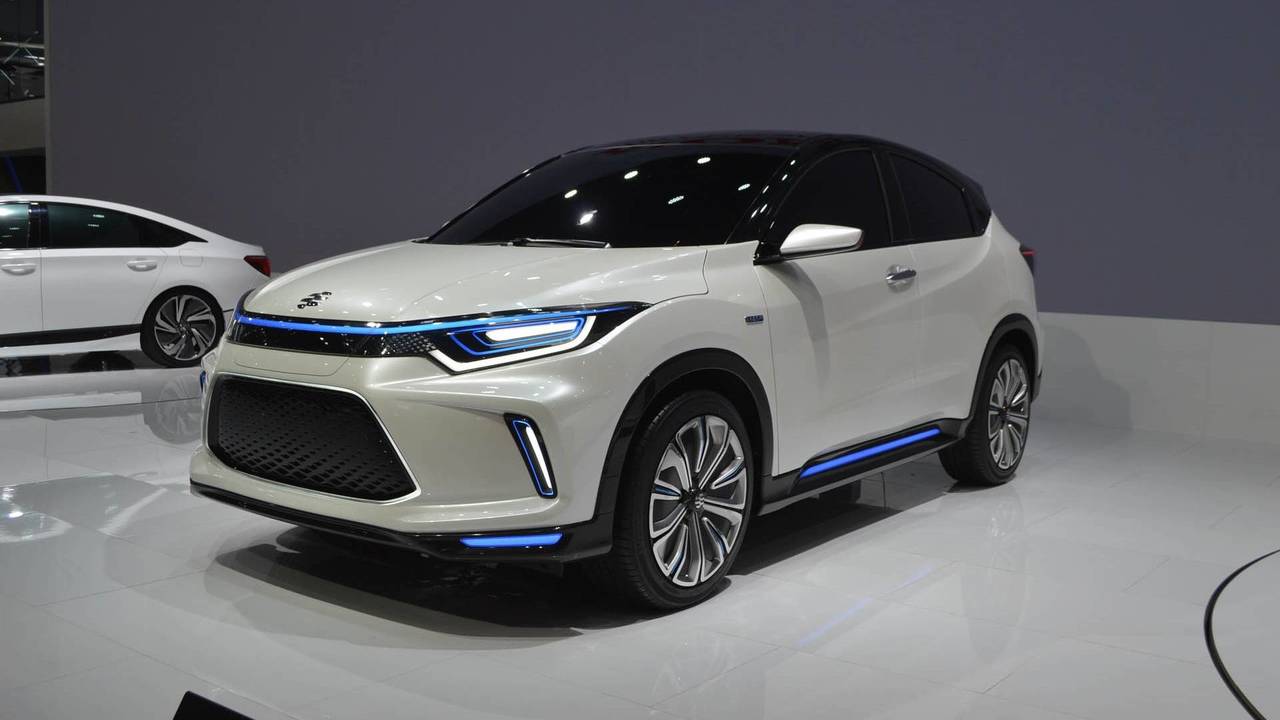 It's Honda's first car made in partnership with Chinese firm GAC.

Honda and China's GAC group has revealed its first concept car as part of its collaboration at the 2018 Beijing motor show.

The car signifies the birth of a new sub-brand for the Japanese brand called Everus, which will focus exclusively on electric cars. This new concept is the first of 20 planned all-electric cars to come from Honda between now and 2025 - including the well received Urban EV. It's based on the HR-V crossover, but other than that, very little details have been released about the car. It is also unknown whether the concept could spawn an all-electric option for the HR-V, though that seems like a pretty logical step to us.

The all-electric Honda Everus EV concept may be exactly that – a concept car – but Honda has a track record of making production versions of its one-offs that look remarkably similar, so expect this handsome crossover to find its way onto the roads soon in some form or another.

Well, not here in the UK... The Honda Everus EV is to be sold in China only, and will be the first in a range of cars released under the new Everus brand. It'll also be Honda's first series production car for fast growing Chinese market.

The new sub-brand is a collaboration between Honda's R&D centre in Guangzhou, China, Honda Motor China Technology Co, and GAC Honda – a previously announced joint venture between Honda and the Chinese GAC Group.

The production Everus EV will go on sale later this year for those early adopters out there. The car will also be available as a part of the Reachstar ride sharing platform, of which Honda is a big investor.