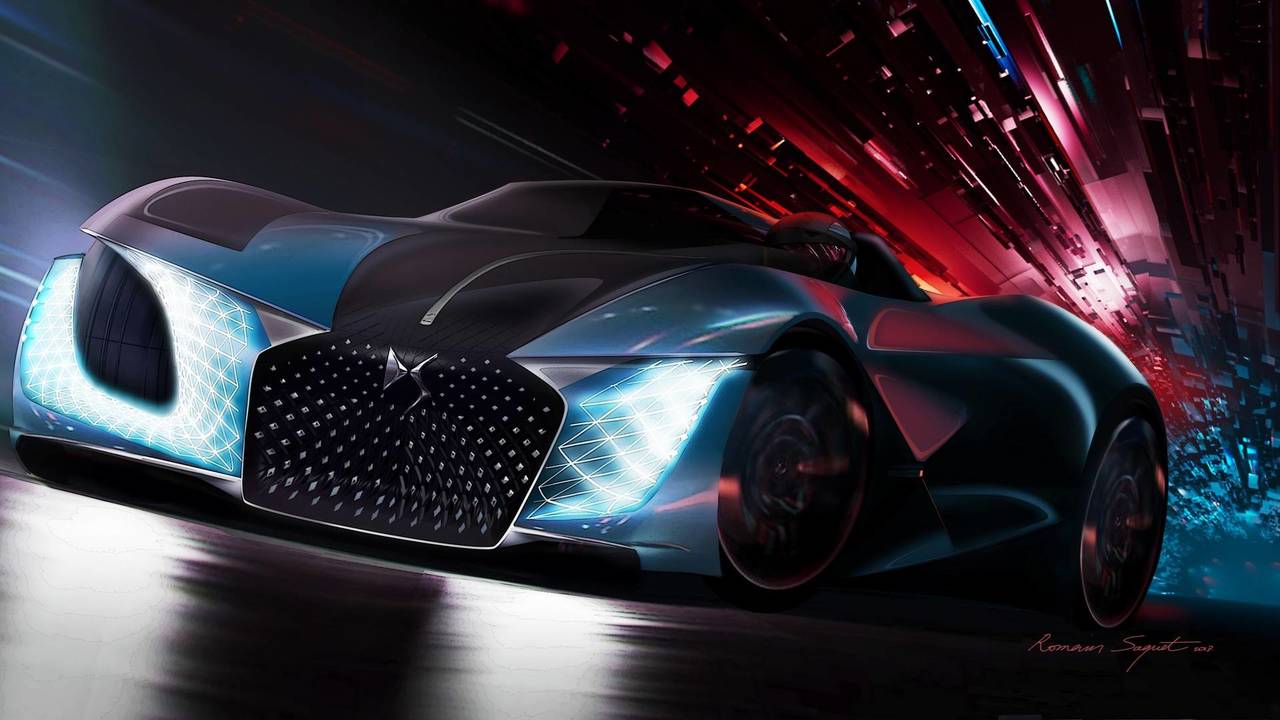 Imagine that you’re a designer, full of vision and out-of-the-box ideas, but your 9-5 job is usually sketching air vents or gear knobs. You long for the day to be given a clean sheet of paper and sketch to your hearts content. Well, that’s exactly what the DS X E-Tense concept represents.

DS designers were given the freedom to create a concept car that looked to the year 2035 and image what could be done with new technology. The DS X E-Tense is a performance focused electric roadster that would look at home on the set of Tron. It’s pebble-like appearance and raked profile is detailed with straightedges — it’s a purposeful looking thing. An intricate mirage of lights are painted across the sculpted rear end of this concept, something that might find its way into production one day.

There aren’t any performance details available for the concept, but we do know that DS has ambitions of producing multiple electric models, so watch this space.

The DS seats three with the passenger side being configurable with two or three seats. Open the swan-like doors to reveal carbonfibre and leather has been woven together to form a unique skin for the stylistic interior.

According to DS, the X E-Tense could theoretically repair itself if the body was deformed in an accident. They haven’t stated what this magical material is, perhaps unobtanium? Another forward thinking piece of design is to be found in the headlights. “In the future, we believe lights will be dematerialised and that the surface of the body itself will instead serve as the light source.”

Of course this car is concept in the traditional sense that it echoes future design. There aren’t any plans to put the E-Tense into production, but various elements might trickle down into up and coming models.