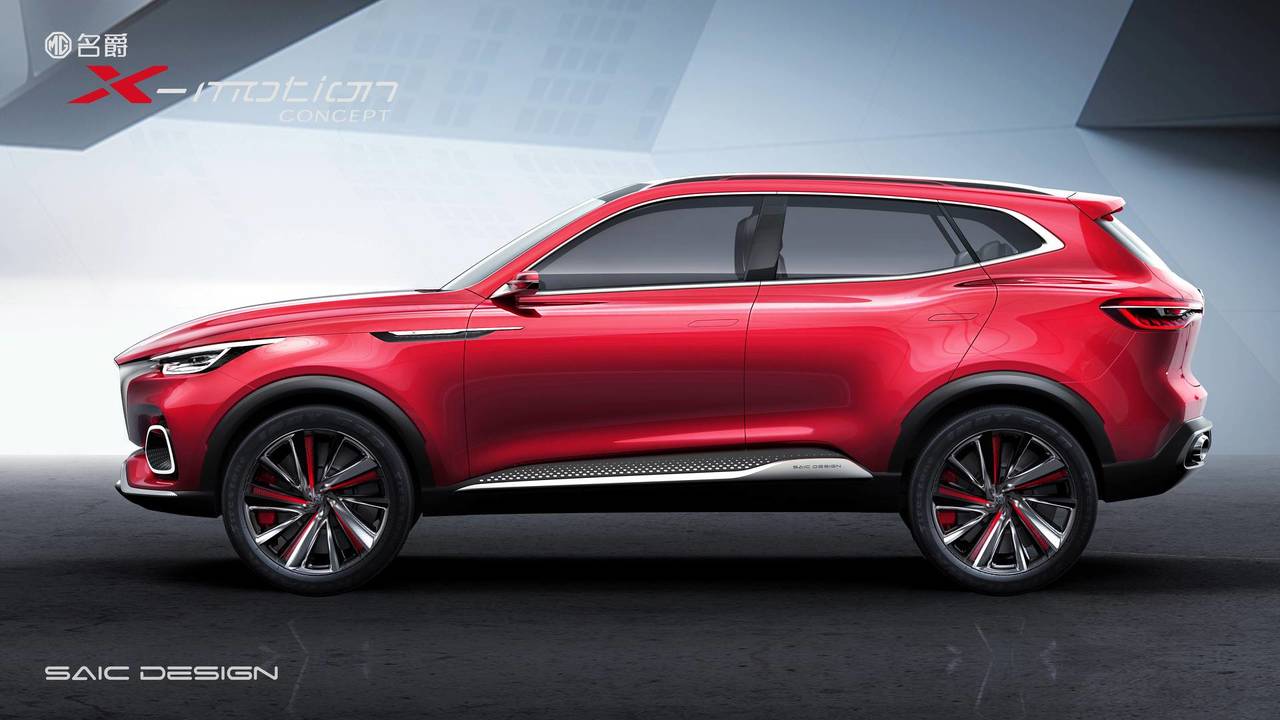 MG has revealed a new concept car at the Beijing motor show, a car the Chinese-woned company is calling its 'range captain'.

The X-motion concept is a large SUV, which draws inspiration from MG's first full electric sports car concept, the MG E-motion, which was first shown last year. In fact, it's MG's largest car, and features a bold design that the company says 'conveys a sense of fluid motion'.

Other defining features of the car include a bold grille at the front, which sits between custom LED 'hunter eye' headlights. The fancy lights also continue around to the rear of the car – they represent the latest design language from MG. The car sits on large distinctive alloy wheels that the Chinese carmaker calls 'hurricane aluminium', further setting off the car.

It's not just fancy exterior design that helps the X-motion stand out from the crowd – in co-operation with MG's parent company SAIC, the car features a number of technological features, including inter-car communication tech, intelligence and information sharing, in addition to the all-electric drivetrain.

'We’re very excited to see X-motion unveiled in Beijing,' said Daniel Gregorious, head of sales and marketing at MG Motor UK. 'This is further evidence of the emergence of MG as a serious player in the global market with advanced tech and stunning design.'

'We’re yet to decide whether X-motion will come to the UK, but we can already see that MG’s design language and value-for-money approach are finding favour with British buyers who are choosing MG in ever-growing numbers,' he added.