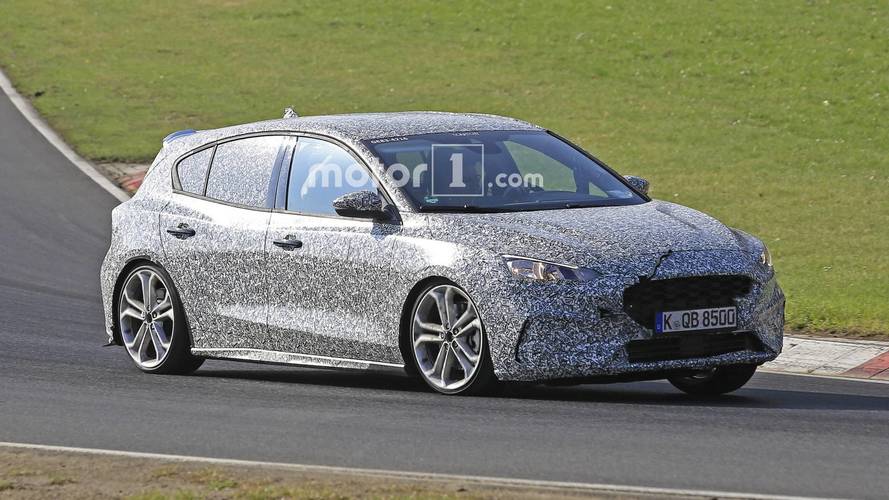 The upcoming hot hatch could get the Focus RS' 2.3-litre turbo from its bigger brother.

The new Ford Focus is only days old but attention has already turned to the hotter models that it will spawn a little later down the line.

First of which will be the new Focus ST, which is set to arrive at next year's Geneva motor show. Prototypes are already doing the rounds ahead of the car's anticipated debut, but true technical details are being kept under wraps.

However, thanks to Autocar, we might have an idea about what will be under the bonnet. The British publication has discovered that the upcoming ST will make use of a version of the outgoing Focus RS' 2.3-litre turbocharged inline-4 – hopefully this time with the seals sorted out. It'll have less power than the RS though – something closer to the current ST's 252bhp rather than the monstrous 370bhp from the range-topper. The Mustang also uses this 2.3-litre unit, squeezing 286bhp from it. A proposed new RS meanwhile is rumoured to develop in excess of 400bhp with hybrid assistance.

The new Ford Focus is the first car that the company will build using its new small car platform, which comes following the firm's £550m investment into its factory at Saarlouis in Germany. The platform has been built to be fully scaleable, meaning that it will see use on everything from the next-generation Fiesta to the Edge SUV.

It is also set to be used on the company's other cars such as the Mondeo and its larger SUVs, with the next version of the Kuga also using the new setup.

Ford are claiming that the latest Focus is still engaging when behind the wheel, boding well for future enthusiast models.