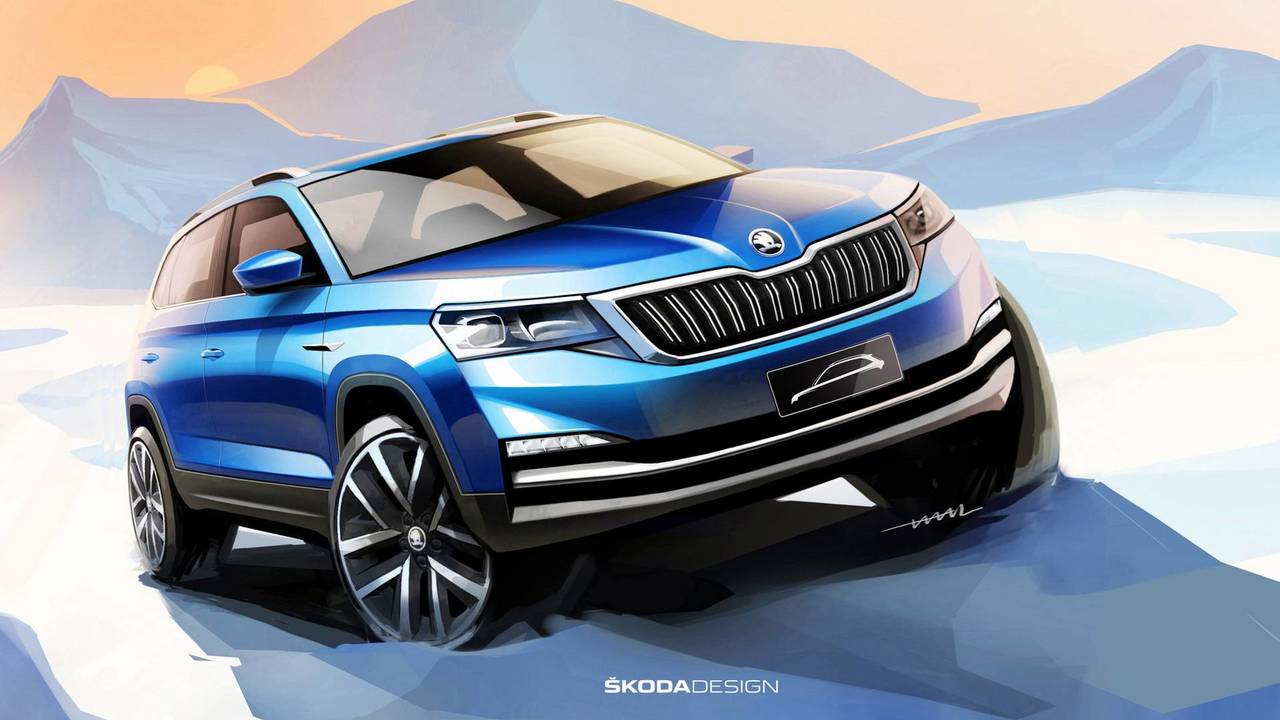 The Kamiq will debut at this week's Beijing motor show.

Skoda’s Chinese arm has released initial sketches of a new small SUV for the city that it plans to build and sell in the country.

The Czech carmaker already has the Kodiaq and Karoq models on sale around the world and we can hear the Klinq of champagne glasses as the company toasts the boost to its sales.

The new small SUV – which is likely to be named Kamiq – has been developed specially for China and will be revealed at the 2018 Beijing motor show this week.

Skoda says that China is its strongest single market in the world, with one in every four cars it sells every year ending up there. The company says that designers have specifically taken into consideration the demands of Chinese customers when putting this new model together. Notable styling cues include the radiator grille and headlights that form one unit, strong wheel arches and the rear and tail lights that ‘create a crystalline shape’.

The new Kamiq is likely based on the same underpinnings as the new Volkswagen T-Roc that went on sale last year. Audi has a similar-sized model in the Q2 and Seat offers the slightly smaller Ateca – it could be that Skoda will keep an eye on the success of its new small SUV and could offer the car wider afield.

In 2017 the Volkswagen-owned carmaker increased deliveries in China by 2.5 percent to 325,000 vehicles, its best year so far since re-entering the Chinese market in 2007.

This latest move is the fruit of a special agreement signed with Chinese premier Xi Jinping on a state visit to the Czech Republic in 2016, with representatives from Volkswagen, Skoda and Chinese carmaker SAIC committing to build and sell models in the country.