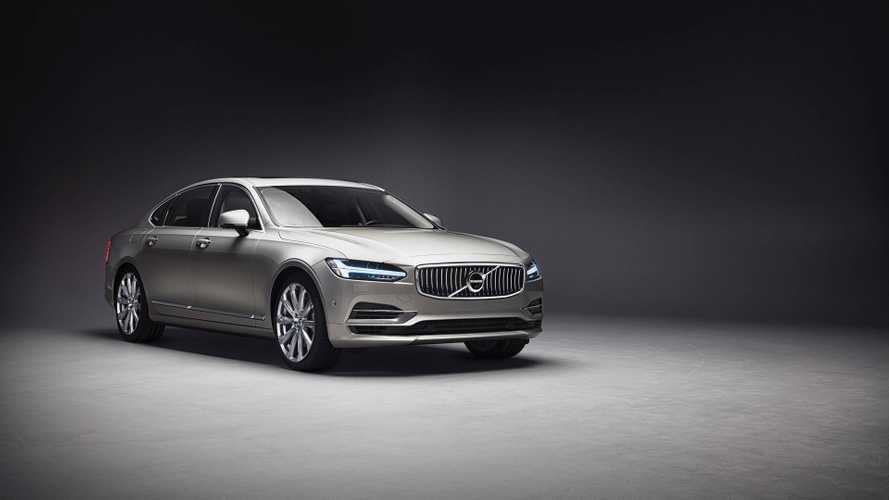 China limo comes complete with special lights and scents for the interior.

Volvo has revealed a new concept car that combines the senses to present a new idea of luxury.

It's called the S90 Ambience Concept, and it has made its first public appearance at the Beijing motor show. Unusually, it's got three seats, with Volvo focusing on the chauffeured passengers in the rear seats. Those passengers in the back can personalise the car’s atmosphere using a phone app, which gives them the choice between seven visual themes synchronised with audio and scent – yes, you read that correctly, scent.

Some of the choices available, which are projected on to the car's roof (sorry, 'ceiling' as Volvo calls it) include the Northern Lights, Scandinavian Forest, Swan Lake, Archipelago and Rain – because of course we can't enough of the rain. Each visual theme is also teamed with a bespoke scent, and while the pretty pictures and pongs are projected into the cabin, synchronised audio plays through a Bowers & Wilkins premium sound system.

'The Ambience Concept redefines luxury by taking it beyond material choices, creating a car that connects with your senses,' said Robin Page, head of design at Volvo. 'The design explores how people feel inside the car and enables them to influence their own mood and well-being.'

'We’re known for our human-centric approach to design and as an industry leader in advanced safety technology,' Page added. 'Ambience reinforces this and shows our broader focus on human care, which starts with safety and also extends to general well-being.'

This far-fetched, futuristic concept may be exactly that for now, but there are plans to make it available in China.